Bulgarian Parliament voted late on January 12 to approve a bill that will impose an additional tax on windfall profits collected by the country’s sole oil refinery, owned by Russian oil major Lukoil.

According to the bill, the Lukoil Neftochim refinery in Bourgas on the Black Sea coast will pay 70 per cent of the price differential between the cheaper Urals blend crude and the Brent crude benchmark as windfall tax.

Initially, the bill envisioned a 50 per cent rate, but an amendment to raise the amount to 70 per cent was approved during the second-reading debate.

Last year, Bulgaria secured an exemption from the EU embargo on crude oil imports, which are mainly the Urals blend, until the end of 2024. Bulgaria’s government argued at the time that it would give its sole refinery more time to adapt to processing blends other than Urals.

This windfall tax will be separate from the 33 per cent temporary windfall tax approved by the National Assembly in December, in line with an EU-wide agreement.

That rate applies to all corporate tax due on profits of energy firms, except electricity producers who are subject to a separate price cap regime, that are 20 per cent above the average profit recorded in the previous four years.

Even before Parliament approved that windfall tax, it was criticised by economist Luchezar Bogdanov of the Institute for Market Economics think-tank as failing to include Lukoil Neftochim’s profits generated from the difference in the prices of oil blends it used in its operations (in Bulgarian, here).

This was due to the fact that Lukoil consolidates its profit at group level and has historically paid little to no corporate tax in Bulgaria. Parliament’s bill is aimed at closing this loophole and the revenue generated will be used to compensate “users of transport services.”

The bill’s motives did not include any projection regarding expected revenues from the new windfall tax, but said that Lukoil generated excess profit estimated at 3.5 billion leva a year from the Brent-Urals price difference, given the increased price of fuels in Bulgaria.

Bogdanov’s calculations indicated that at a price differential of $25 between Brent and Urals, at 2021 refining levels, Lukoil Neftochim generated an additional $1.2 billion a year (about 2.2 billion leva at current exchange prices).

Separately, Parliament voted on January 13 to ban any re-export of Russian crude oil and refined products that are subject to EU sanctions. However, should any entity breach the ban, the bill approved by MPs envisions a fine of up to 50 000 leva (or about 25,600 euro) at first offence and a fine of up to 100 000 leva in case of a repeat offence.

In related news, Bulgaria’s caretaker Cabinet earlier this week approved the price caps on electricity producer at its weekly sitting on January 11.

The price cap is set at 180 leva a MWh for the Kozloduy nuclear power plant and a baseline of 350 leva a MWh for other producers, modified in some cases by a coefficient linked to the average monthly price of carbon dioxide emission quotas.

All profits above the price caps will be paid as temporary windfall profit tax, with the revenue to be used to compensate the high electricity prices.

The Cabinet decision did not include any financial forecasts regarding expectations or projections of the additional revenue from the price cap regime.

Covid-19 in Bulgaria: In past week, 273 deaths, while morbidity rate decline continues 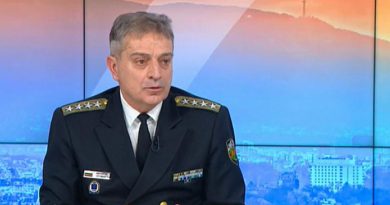