Bulgaria’s caretaker Interior Minister Ivan Demerdzhiev has ordered 13 measures to be taken against what a ministry statement on August 15 called “road trauma”.

The announcement comes against a background of figures showing Bulgaria’s road death toll to be higher than at the same time last year.

According to provisional data posted by the Interior Ministry on August 15, a total of 316 people have died in road accidents in Bulgaria so far in 2022. This is 18 more than as of the same date in 2021.

Demerdzhiev has ordered that additional police who have been trained to do so will be involved in traffic control. According to the ministry, this means about 8500 additional staff.

The main method of prevention will be the “linear approach”, involving police driving in traffic to monitor the behaviour of drivers and look out for breaches of traffic laws.

In populated areas, checks will be stepped up for unlicensed drivers, including minors and juveniles, as well as drivers whose licences have been suspended or withdrawn.

Checks for drink-driving by lorry drivers will be stepped up, at staging and parking areas, the Interior Ministry said. 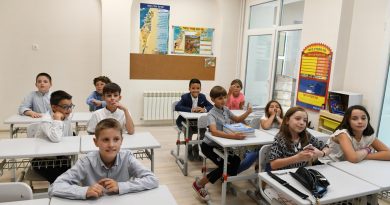