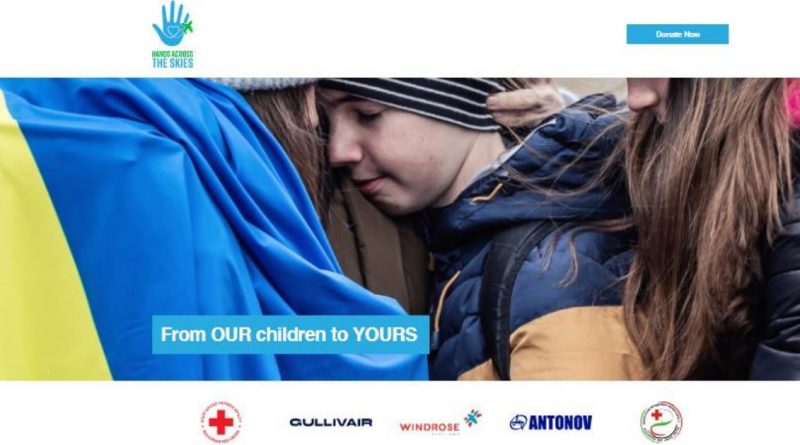 A shipment of 35 tons of humanitarian aid, raised through the “Hands Across the Skies” initiative, is to arrive in Bulgaria from the United Kingdom on August 15, intended for victims of the war in Ukraine.

The shipment, to be received by Bulgarian Red Cross head Hristo Grigorov at a ceremony at Sofia Airport, is the result of the initiative founded by Maddison Mani-Baker, six, and her father Mark Baker.

Maddison began the initiative after being deeply upset by scenes from Russia’s war on Ukraine. To support the initiative, which needs further donations to reach its goal of 250 tons of humanitarian aid, Maddison has built a network including children elsewhere in the world, including Bulgaria.

The partners in the initiative include Gullivair, Windrose, Antonov, the Bulgarian Red Cross, Za Dobroto Foundation and the Bulgarian Aviation Industry Association (BAIA).

At the local level, “Hands Across the Skies” is represented by BAIA head Todor Ivandzhikov and Humanitarian Aid Director, Lidia Martin.

More information is available at the “Hands Across the Skies” Facebook page.