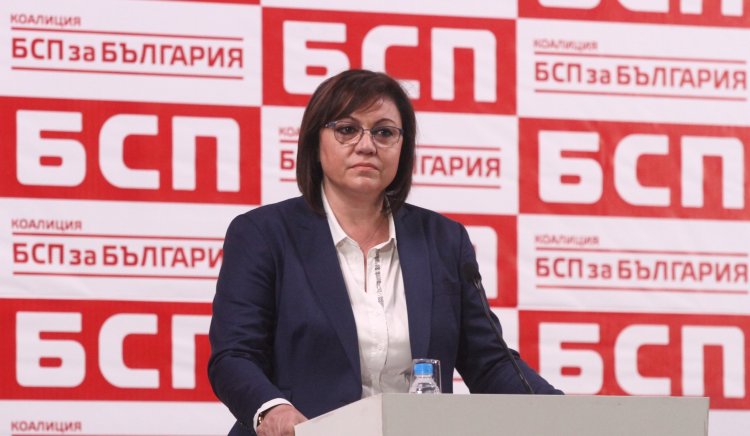 Members of the outgoing Cabinet from the Bulgarian Socialist Party walked out of what may be the outgoing government’s final meeting, with BSP leader and Deputy Prime Minister Kornelia Ninova saying that they left because of a discussion about the purchase of eight further F-16 fighter jets.

The episode came a few hours after the BSP handed back unfulfilled the third and final mandate to seek to form a government, a step that opened the way for Bulgaria to go to its fourth parliamentary elections in two years.

Ninova, referring to the F-16 issue, said that such discussions and decisions were now harmful to Bulgaria.

“We are in several crises. There is a lack of vision of what will happen in the next few months,” Ninova said.

“We think that at the moment discussing in any form a new investment expenditure of any scale for new eight F-16s is unacceptable. That’s why we left the meeting of the Cabinet and will no longer participate in it,” she said.

“We will not participate in this discussion and in making a decision and clarifying these issues. We think that our people need this money to survive the winter and to get Bulgaria through the crisis,” she said.

The July 28 meeting on the F-16s reached no decision, with outgoing Defence Minister Dragomir Zakov saying that the Bulgarian Air Force had identified 32 items in the new US offer about which it raised questions.

Further talks would be held with the US to clarify these issues, he said.

The lack of a decision at Thursday’s meeting means that the matter will pass to the caretaker government, whenever President Roumen Radev appoints it, and any decision would have to await the election of a new Parliament for a vote on ratification.

Bulgaria has paid for eight US-made F-16 fighter jets, delivery of which has been delayed largely because of the Covid-19 crisis. The US has sent a formal offer regarding the purchase of a further eight, this time providing for Bulgaria to pay for them in instalments and providing more equipment and other items for the sum, reportedly about $1.3 billion. The new offer has been interpreted as meaning that Bulgaria would get a better deal on the second batch than it did on the first, should the acquisition go ahead.

Ninova’s move to ostentatiously distance the BSP from the F-16 issue ahead of the elections came a day after Bulgaria’s National Assembly voted at second reading to ratify changes to the 2019 deal on the fighter jets.

The amendments approved by Parliament on July 27 do not mean Bulgaria has to pay more money in addition to the sum it already transferred to the US.