European Union member states agreed on July 26 to the European Commission plan to voluntarily cut natural gas demand this winter, but allowed a number of exemption scenarios and possible derogations.

EU energy ministers approved the plan for member states to reduce gas demand by 15 per cent compared to their average consumption in the past five years, between August 1 2022 and March 31 2023, using “measures of their own choice,” the Council of the EU said in a statement.

“Whereas all EU countries will use their best efforts to meet the reductions, the Council specified some exemptions and possibilities to request a derogation from the mandatory reduction target,” the statement said.

Similarly, the Council said that “member states whose electricity grids are not synchronised with the European electricity system and are heavily reliant on gas for electricity production are also exempted, in order to avoid the risk of an electricity supply crisis.”

Additionally, the energy ministers agreed to modify the Commission’s proposed mechanism to trigger a “Union alert” that would make the voluntary reductions mandatory.

Instead of the Commission declaring the “Union alert”, it would be done by the Council of the EU, acting on a proposal from the Commission.

The EU energy ministers also agreed that the regulation was to be “an exceptional and extraordinary measure” and would apply for one year, with the European Commission tasked to carry out a review “to consider its extension in light of the general EU gas supply situation” by May 2023.

European Commission President Ursula von der Leyen welcomed the EU energy ministers decision, saying that “by acting together to reduce the demand for gas, taking into account all the relevant national specificities, the EU has secured the strong foundations for the indispensable solidarity between member states in the face of [Russian President Vladimir] Putin’s energy blackmail.”

“The announcement by Gazprom that it is further cutting gas deliveries to Europe through Nord Stream 1, for no justifiable technical reason, further illustrates the unreliable nature of Russia as an energy supplier. Thanks to today’s decision, we are now ready to address our energy security at European scale, as a Union,” von der Leyen said. 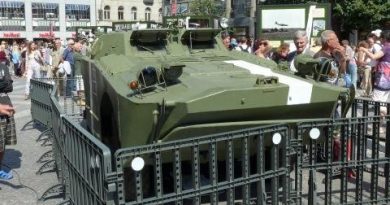