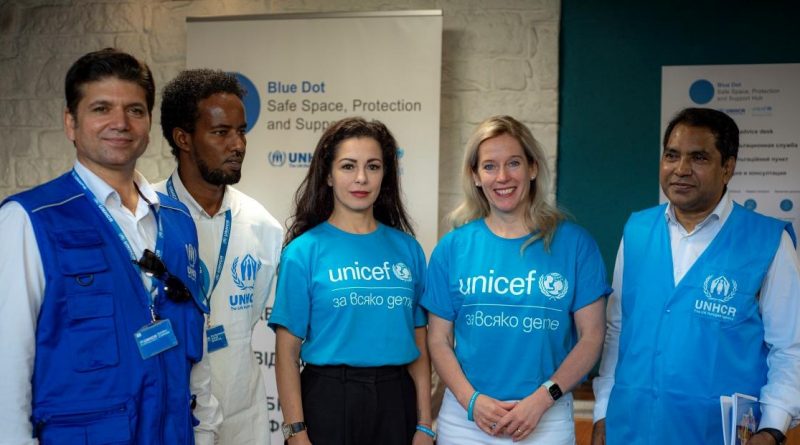 A media statement said that more than five million people had been forced to flee Ukraine since the February 24 start of the war.

Since then, more than 450 000 people from Ukraine have arrived in Bulgaria, of which a little more than 87 000 had remained in the country.

Of all those granted temporary protection in Bulgaria, nearly 40 per cent are children.

A large part of the refugees who remain in the country have decided to settle along the Black Sea and more precisely in the Varna region.

Unicef and the UNHCR have established 30 centres that provide support to refugees fleeing the war in Ukraine (the “Blue Dots”) along the borders and main migration routes, such as 6 of them are in Bulgaria.

The “Blue Dots” are safe spaces and one-stop hubs for protection and essential services, rolled out in countries hosting refugees from Ukraine – including Poland, Romania, and Moldova – to provide key protection and social services including information, legal counseling, psychological support, identification and referrals for  children, women, families, and other people and groups  exposed to specific heightened risks as they flee the conflict in  Ukraine.

“Blue Dots” expand the assistance provided by national governments and are organised in coordination with state authorities and other partners along key transit routes and destinations to help children and families in need.

De Bruin said: “Unicef and UNHCR are grateful for the compassion, generosity and solidarity of Ukraine’s neighbours who are hosting people seeking safety.

“It is important that this solidarity is spread without any discrimination. All people, regardless of race, ethnicity, religion or culture, should receive equal treatment and protection,” she said.

In addition to the “Blue Dot” in Varna, UNHCR and Unicef have already opened such centres in Sofia, Dobrich, Bourgas, Rousse and Durankulak, where refugees can receive legal, social and psychological support.

“Now, before the start of the new academic year, I would like to reaffirm our commitment to support every child’s access to education. I would like to urge families to enroll their children in school and kindergarten. School and daily care will give some sense of normalcy to the children. Education remains the bridge to a better future in times of war,” De Bruin said.

So far, about 7000 refugees, including children with disabilities and unaccompanied children, have received services at the “Blue Dots” in Bulgaria, the media statement said.

More than 1600 children have been supported in dedicated play spaces for children, 800 people received psycho-social assistance and more than 5000 people have been assisted with information or referrals to services, the statement said. 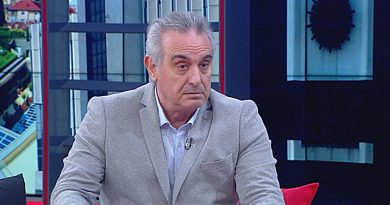