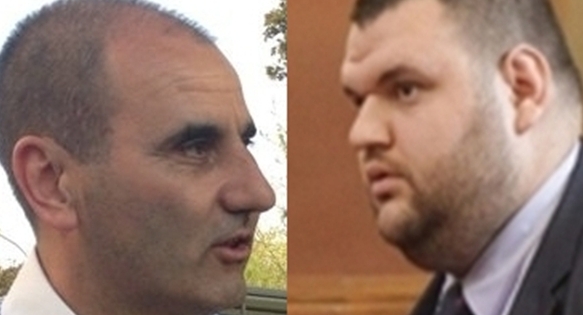 Tsvetan Tsvetanov, former interior minister and deputy leader of centre-right opposition party GERB, has confirmed that he held talks in his office with controversial figure Delyan Peevski but has denied pressuring Peevski for softball treatment of organised crime bosses by Peevski’s media.

The two have been involved in tit-for-tat media interviews for days after Tsvetanov alleged that Peevski had the Bulgarian prosecution under his control.

It was the appointment of Peevski, a Movement for Rights and Freedoms MP and media mogul, as head of the State Agency for National Security in June 2013 that prompted widely-supported public protests demanding the resignation of the current government.

Tsvetanov was the subject of allegations of involvement in unlawful electronic eavesdropping, an issue that dominated the campaign ahead of the May 2013 national parliamentary elections and which has led to prosecutors opening proceedings against the former interior minister.

In an interview with bTV some days ago, Tsvetanov said that Peevski had the prosecution under his control, quoting Peevski as having said in Parliament that soon prosecutors would proceed against him, a prediction which had come true.

Ahead of the arrival of Tsatsarov at Tsvetanov’s office, Tsvetanov pressured Peevski about coverage by the New Bulgarian Media Group.

“His request – I’ll say it bluntly , was to put an umbrella in my media over several crime bosses with whom he and Stanimir Florov were close,” Peevski said. Florov was head of the Interior Ministry’s chief directorate for combatting organised crime (CDCOC) until his resignation in May 2013.

(The use of the words “my media” caused comment on social networks because Peevski’s mother Irina Krasteva always has denied he is an owner of the New Bulgarian Media Group and Peevski objects to the term “media mogul” commonly applied to him.)

Peevski named the people for whom Tsvetanov allegedly asked protection as being “Kiro the Japanese” and “Yosko from Sliven”.

In an February 11 interview on Nova Televizia’s breakfast show, Tsvetanov said that he could “guarantee” that never for any reason had he exercised any such pressure on anyone.

He rejected the allegation that he had exercised pressure for the appointment of Asya Petrova as Deputy Prosecutor-General, praising her as a good professional given that her success record in cases was 98 per cent.

Tsvetanov rejected the allegation of protection by the Peevski media, adding, “at the moment, the country is governed by an oligarchy, organised crime and from behind the scenes”.

In his earlier interview with bTV, Tsvetanov said that Peevski controlled the prosecution and the Supreme Judicial Council.

Speaking to Nova Televizia on February 11, Tsvetanov said that the current head of the State Agency for National Security – appointed after the election of Peevski to that post was reversed – had got the job thanks to Peevski.

While he confirmed that a meeting with Peevski had taken place in early 2013, when asked repeatedly what had been discussed with Peevski, Tsvetanov said that it was a “long time ago” and he could not remember.

He said that when, in the early days of the 42nd National Assembly, Peevski had made allegations againt him from the speaker’s podium in Parliament and had said that Tsvetanov would have problems with the prosecutor’s office and the revenue agency, “he was right – it happened to me 20 days later”.

This was an example of the use of all state institutions for a particular purpose, Tsvetanov said.

In a statement issued by the prosecutor’s office later on February 11, Tsatsarov rejected allegations of being subjected to pressure and declined to get involved in the dispute between Peevski and Tsvetanov.