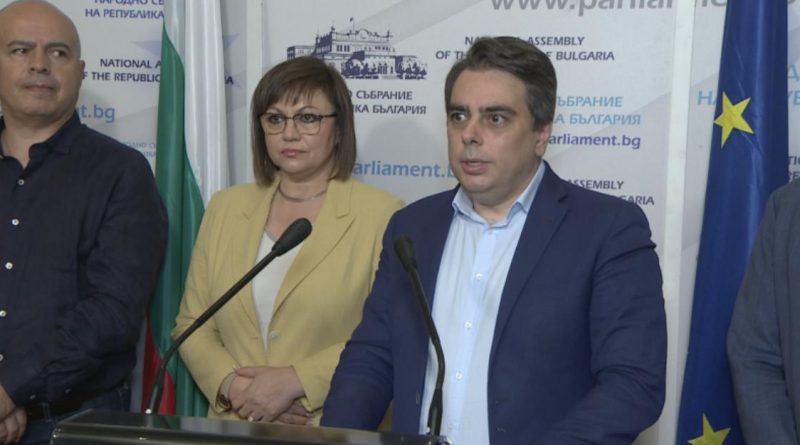 The Kiril Petkov-Assen Vassilev We Continue the Change (WCC) party appeared to have made rapid progress in July 2 talks with the Bulgarian Socialist Party (BSP) and Democratic Bulgaria towards a proposed new government – but it remains uncertain whether their proposed Cabinet will be voted into office.

WCC holds a mandate to propose a government, and has until July 8 to achieve agreements on policies and personnel with its BSP and Democratic Bulgaria partners.

WCC, the BSP and Democratic Bulgaria are the remaining three partners in the outgoing government, voted out of office in June. WCC has ruled out negotiations with the four groups, including its erstwhile governing coalition partner ITN, that stood together to oust it from office in that vote.

For its proposed government to be voted into office by Parliament, WCC and its Prime Minister-designate, WCC co-leader Assen Vassilev, will need 50+1 of the votes of those MPs present and voting.

The WCC negotiating team, headed by outgoing Prime Minister and WCC co-leader Kiril Petkov, met in rapid succession with BSP and Democratic Bulgaria leadership on July 2, each meeting lasting about an hour.

After the meeting with the BSP, Vassilev told reporters: “We have reached an agreement on the government’s priorities.

“We also reached an agreement for the expert teams to draw up a programme in a very short period of time, which will be accepted at the political level and which will lay down with clear deadlines and commitments bout what will happen between now and the end of the year in terms of reforms and activities,” Vassilev said.

He said that at this stage, the distribution of portfolios and names of ministers were not being discussed.

The agreement between WCC and the BSP does not appear to have been hampered by the BSP’s strenuous objections earlier this week to Petkov’s announcement of the expulsion of 70 Russian embassy diplomats and officials. WCC complied with BSP leader Kornelia Ninova’s demand that it not name Petkov as its Prime Minister-designate for a proposed new government, designating Vassilev instead.

Democratic Bulgaria co-leader Hristo Ivanov, speaking after their meeting with WCC, said: “It is important for us to stabilise the state within the first mandate”.

Ivanov said that they had to take a responsible approach, to prevent division in society and Bulgaria going to its fourth consecutive parliamentary elections in two years.

He said that constitutional reform, energy independence, Schengen zone membership and accession to the euro zone were being added as topics to the governance programme, as were strengthening of the security sector and modernisation of the military.

Ivanov said that he had emerged from the meeting with optimism, and that pushing the country towards elections would be irresponsible and would result in punishment from the voters.

Vassilev said that talks would be held on July 3 with MPs who had quit the ITN parliamentary group. Those MPs quit Slavi Trifonov’s party after his early June announcement that ITN was leaving the ruling coalition, a move that opened the way for Petkov’s government to be defeated in last month’s parliamentary motion of no confidence.

(Main photo: Screenshot after the WCC-BSP talks on July 2, via BNT)