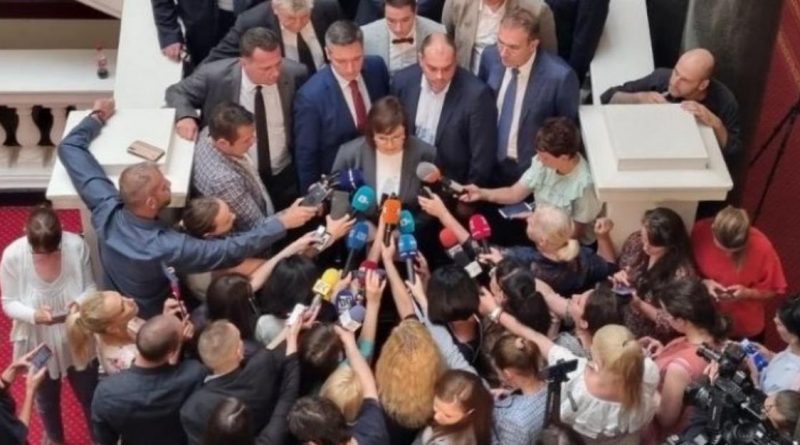 The Bulgarian Socialist Party (BSP) is resuming negotiations with the Kiril Petkov-Assen Vassilev We Continue the Change (WCC) party on proposing a government after Petkov met the BSP’s demand that he not be the candidate Prime Minister in such a government.

“Our condition for negotiating with the WCC was that Kiril Petkov should not be a candidate for Prime Minister. This condition is met,” said BSP leader Kornelia Ninova, after Petkov said in a televised address on July 1 that Assen Vassilev, not he, would be the candidate PM.

The BSP broke off talks with WCC earlier this week after outgoing PM Petkov announced the expulsion from Bulgaria of 70 Russian diplomats.

Ninova said that the priorities that Petkov had outlined in his televised address coincided with some of the BSP’s priorities.

She said that in the negotiation process, the BSP would add social policies, affordable health care, development of education and stabilisation of the economy.

“We fully support their anti-corruption priorities, amendments to the Public Procurement Act, changes to the anti-corruption commission – this is also part of our programme,” Ninova said.

“We are starting to negotiate on policies that are clearly spelt out this time – with clear responsibilities and deadlines – something that was missing in the first term,” Ninova said and reaffirmed: “We are returning to the negotiating table”.

Petkov’s announcement that Vassilev would be the candidate PM came several hours before WCC is due to receive from President Roumen Radev a mandate to seek to form a government. On accepting the mandate, WCC will have seven days to present a proposed government to Radev, to be put to the vote in Parliament.