Bulgaria’s government appointed a new line-up of the country’s Consumer Protection Commission (CPC) on May 26, replacing all three commissioners.

The regulator’s chief, Dimitar Margaritov, had been appointed in 2015 and his term at the helm of the CPC expired two years ago. The other two outgoing commissioners were Konstantin Arabadjiev and Konstantin Raikov.

Speaking to private broadcaster Nova Televizia on the morning of May 26, he said that the changes at the CPC were due solely to the fact that all three commissioners had completed their five-year terms in office.

Ivan Frenkev was appointed as the new head of the commission, with Velina Nikolova-Velikova and Nikolai Mravov as the other two members of the CPC, the government’s media office said in a statement.

Frenkev has a bachelor’s degree in finance from the University of London and a master’s degree in business administration from the Istanbul University. He was elected a municipal councilor in the town of Smolyan in 2019.

The Cabinet statement did not give further details, but Bulgarian media reports said Frenkev was elected on the Bulgarian Socialist Party (BSP) ticket and he was the party’s coordinator in the district of Smolyan.

By law, CPC members cannot hold leadership positions in political parties, meaning that he will have to resign the party post to avoid conflict of interest.

Although the appointments are made by the Cabinet, the are nominated by law by the economy minister – the portfolio is currently held by BSP leader Kornelia Ninova – who oversees the regulator’s work.

Nikolova-Velikova has a master’s degree in law from St. Kliment Ohridski Sofia University and a practicing member of the Sofia bar since 2002.

Mravov has a master’s degree in economics from Varna Economics University and has served two terms as municipal councilor in the town of Sliven, the Cabinet statement said. 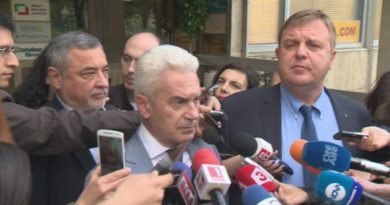