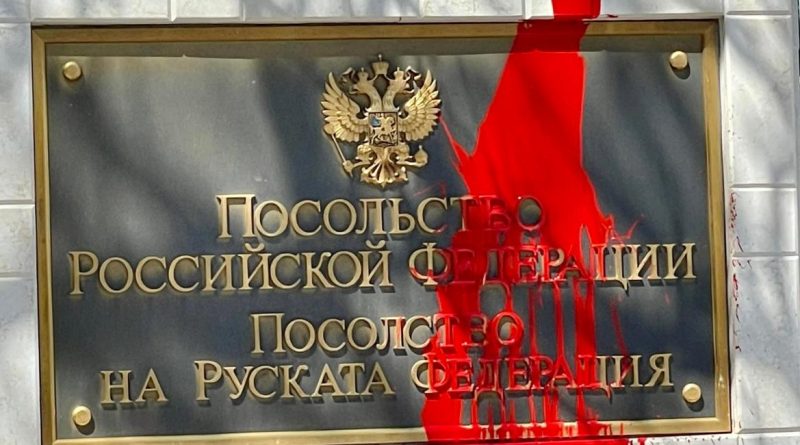 Two Bulgarian politicians were arrested on April 8 after throwing red paint at the sign of the Russian embassy in capital city Sofia, in an event that they streamed live on Facebook.

The two are former journalist Arman Babikyan and advocate Nikolai Hadzhigenov, who were prominent in the anti-government protests in summer 2020 as part of the Poison Trio, and who were MPs in the 45th and 46th National Assemblies in 2021 in the “Rise Up! Mobsters Out!” group.

On the Facebook page of the Poison Trio, photos of the event were accompanied by a text: “Every day Putin’s officials must see the blood of the innocent victims of the fascist regime”.

Babikyan posted: “Mitrofanova, think every day about the blood you shed” – a reference to Russian ambassador Eleonora Mitrofanova.

The two said that the Russian ambassador should be expelled and Bulgaria should send military, as well as humanitarian, aid to Ukraine.

The event came a day after Sofia city council voted to name an alley next to the Russian embassy “Heroes of Ukraine” and to name a square after Boris Nemtsov, the Putin critic who was assassinated near the Kremlin in February 2015.

On April 7, thousands turned out for a peaceful procession in Sofia in solidarity with Ukraine as it faces continued aggression from Russia, including mounting evidence that Russia’s military is committing war crimes against civilians in Ukraine.

On April 8, in spite of calls from part of Bulgaria’s ruling majority to declare Mitrofanova persona non grata over her repeated insults of Bulgarians and the country’s government, Prime Minister Kiril Petkov said that no such move was currently planned.

He linked the decision not to expel Mitrofanova to the necessity to maintain communications with Russia while Bulgaria seeks to resolve the situation of its sailors stranded on a vessel in the port of Mariupol.

Petkov said that any decision on expelling Russian ambassadors should be taken at EU level.

Update: The Sofia District Prosecutor’s Office said in a statement released at about 5.30pm that police had reported to it that they had initiated pre-trial proceedings against Babikyan and Hadzhigenov, but the prosecutor’s office was declining to prosecute the two.

(Photos via the Facebook page of the Poison Trio) 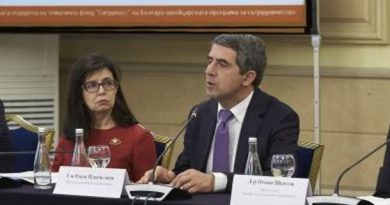