As part of the European Union’s efforts to support Ukraine after Russia’s invasion, EU ambassadors endorsed on April 6 a proposal giving EU countries immediate access to more initial funding from REACT-EU (Recovery Assistance for Cohesion and the Territories of Europe), as well as facilitating the provision of basic needs and support for refugees from Ukraine, a statement by the Council of the EU said.

A total of 3.5 billion euro will be paid out this year as increased initial pre-financing under REACT-EU, one of the largest post-pandemic recovery programmes aimed at reinforcing cohesion policy funds and the Fund for European Aid to the Most Deprived (FEAD).

Member states with higher numbers of arrivals, as either transit countries or countries of final destination, will receive a larger share.

The proposal makes it possible to alleviate the pressure on the public budgets of member states, so that they can deal with the inflow of refugees from Ukraine, the statement said.

The countries which will receive 45 per cent pre-financing are Hungary, Poland, Romania and Slovakia, which share a border with Ukraine, as well as Austria, Bulgaria, Czech Republic, Estonia and Lithuania, which had accommodated a number of displaced persons equivalent to over one per cent of their populations by March 23 2022.

In addition, the proposal introduces a unit cost per person, thereby enabling an easier and swifter implementation of the funds.

Above all, the unit cost will facilitate the financing of essential needs for people from Ukraine granted temporary protection by the EU or other adequate protection under national law, the statement said.

That unit cost is set at 40 euro a week and can be used for a maximum of 13 weeks, starting from the date on which the person concerned arrives in the EU. 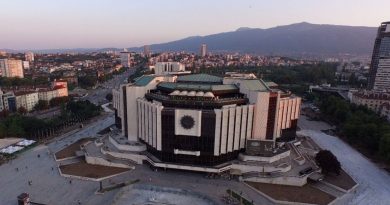 Bulgaria’s Culture Minister: Tickets for events cancelled because of coronavirus will be refunded