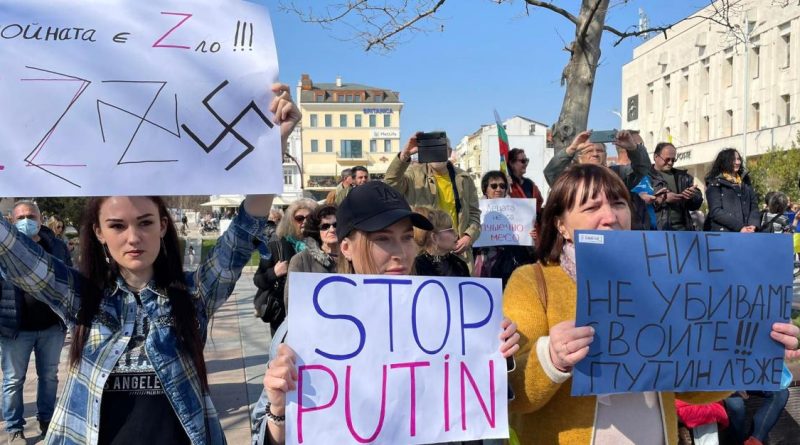 Thousands of Bulgarians turned out on March 26 in protests in various cities in the country against Russia’s war on Ukraine and in solidarity with the Ukrainian people.

In Plovdiv, well more than 1000 people participated in a peaceful march through the centre of the city.

This was not the first demonstration in Plovdiv in solidarity with Ukraine, but was by the far the largest.

Among participants were Ukrainian refugees being sheltered in the city.

In Plovdiv’s Central Square, the Ukrainians sang their national anthem.

“Just a few hundred kilometres away, a nation is fighting for its freedom and for the future of Europe at the cost of enormous innocent victims of the destruction,” organisers of the Plovdiv event said.

“This nation has managed to surprise the whole world with its dignity, courage and endurance. It is time to say that we are here that we are in the EU and Nato, that we have already made our civilisational choice and we stand behind it,” they said.

Participants observed a minute of silence in memory of victims of the war.

According to Radio Bourgas, several hundred people gathered in the Black Sea city, in front of the Alyosha monument (to a Red Army soldier who took part in the invasion of Bulgaria at the close of the Second World War).

They arranged toys, children’s shoes and flowers in the square, in which they placed inscriptions with the number 136, the number given of the number of children who have been killed since Russia’s current invasion of Ukraine began on February 24.

“Today we will not be divided into Ukrainians, Bulgarians and Russians. We have gathered to say ‘Stop this war,'” the protest organisers from the Ukrainian community in Bourgas said.

A demonstration also was held in Veliko Turnovo in the late afternoon on Saturday, while in Sofia on Sunday, there is a rock concert at 4pm in Battenberg Square in solidarity with Ukraine.

The weekend demonstrations follow the March 24 event in Sofia in solidarity with Ukraine, which drew an estimated 10 000 people. 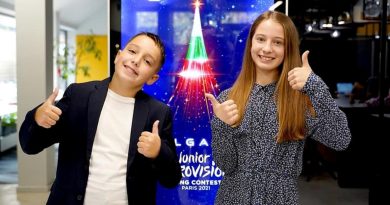 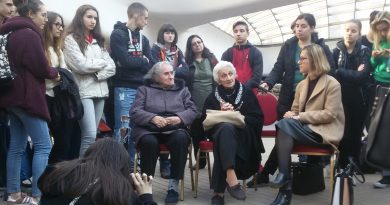