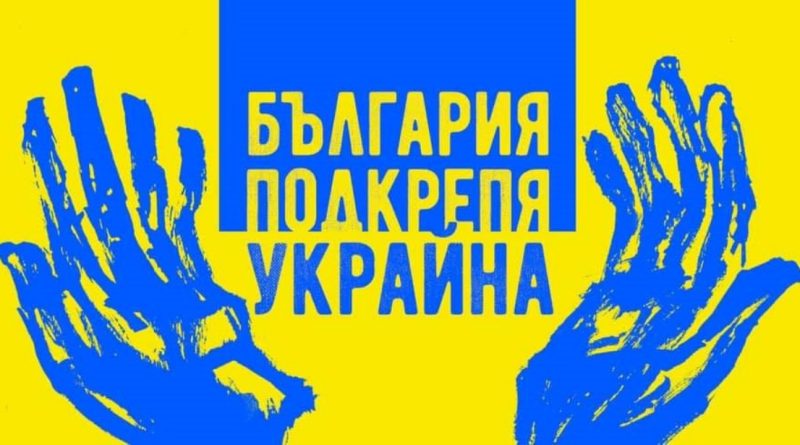 A peaceful demonstration in solidarity with Ukraine is to be held in Bulgaria’s capital city Sofia on March 24 at 6.30pm.

Organisers of the event, to be held in Nezavisimost Square, said that it was time for Bulgaria to come out in large numbers in support of a sovereign Ukraine.

“Just a few hundred kilometres away, the Ukrainian people are fighting for their freedom and for the future of Europe at the enormous cost of innocent lives and destruction. With their dignity, courage and endurance, these people have managed to take the whole world by surprise,” the organisers said.

“At the same time, Bulgaria is held captive to the increasingly strong grip of Russia’s propaganda war against our country,” they said.

They said that on March 21, the Russian ambassador had allowed herself to speak on behalf of the Bulgarian people – a reference to a claim by Eleonora Mitrofanova that the people of Bulgaria did not support the government’s policies on Russia’s war on Ukraine.

“We are following the rise of extreme nationalism in Russia and we know what that would mean for Bulgaria unless we demand an adequate and timely position in support of Ukraine from our government,” the organisers said.

“We cannot allow marginal pro-Russian parties to dictate the most important decisions for Bulgaria’s future. We must not let our voices be silenced,” they said.

Recently, voices have been raised in concern on social networks by Bulgarians offended by the image of the country being misrepresented by coverage of the pro-Kremlin Vuzrazhdane party’s events, without the context that that party has a mere 13 seats in Bulgaria’s 240-seat Parliament.

“It is time to say that we are here, that we are in the EU and Nato, that we have already made our civilizational choice and that we stand behind it, said the organisers of the event, which is being held a month to the date of the beginning of the current Russian invasion of Ukraine ordered by Russian President Vladimir Putin.

The Bulgarian government announced on March 23 that it had decided to grant 361 830 leva in humanitarian aid to the people of Ukraine and Ukrainian refugees in neighbouring countries.

The funds will come from the Foreign Ministry’s humanitarian and development aid budget.

The funds will be paid to the UN office for coordination of humanitarian affairs, the International Committee of the Red Cross, the UN refugee agency and the UN Children’s Fund.

The event, at the Ivan Vazov National Theatre, will be broadcast on all national and regional programmes of Bulgarian Radio on March 28 at 7pm and on BNT1 on April 3 at 9pm.

Funds raised via text messages to short number 1466, donations on the spot or to the bank account of the Bulgarian Red Cross will be used to assist victims of the war in Ukraine.

Details of who will perform at the concert may be found, in Bulgarian, at this link.

The Foundation Three Women (Фондация Три жени) donation centre for humanitarian aid for Ukrainians is in need of donations and volunteers to assist at its location at 23 Shipka Street.

The centre is open every day, including Saturdays and Sundays, from 10am to 6pm.

Items currently needed include packaged food, sanitary supplies, clothes in clean and good condition for all ages, sleeping bags, prams and toys. Further details may be obtained by contacting the foundation via its Facebook page.

The Centre for Refugees Assistance from Ukraine-Varna announced on its Facebook page that it now has its own bank account for donations.