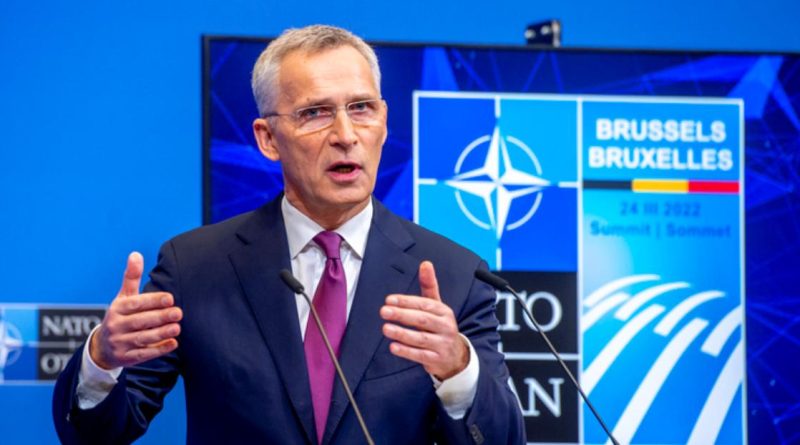 He expected that the decisions would include strengthening Nato’s posture across all domains – land, sea, air, space and cyber space, providing additional support to Ukraine, and stepping up support for other partners at risk from Russian pressure.

“The decisions we take tomorrow will have far-reaching implications,” Stoltenerg told a news conference on March 23.

He reiterated that to reinforce Euro-Atlantic security, Nato Allies would need to redouble their efforts to invest more in defence.

Stoltenberg said: “There is a new sense of urgency. Because we cannot take peace for granted.”

He said that he looked forward to welcoming Ukrainian President Volodymyr Zelenskyy, who is to address the meeting.

There are now hundreds of thousands of Allied troops at heightened readiness across the Alliance, Stoltenberg said.

“One hundred thousand US troops in Europe. And 40 000 forces under direct Nato command, mostly in the eastern part of the alliance,” he said.

These were all backed by major air and naval power, including five carrier strike groups in the High North and in the Mediterranean.

Stoltenberg said that the deployment of four new Nato battlegroups would, along with Nato’s existing forces in the Baltic countries and Poland, would mean that the Alliance would have eight multinational Nato battlegroups all along the eastern flank.

In the past months, Allies had stepped up military support, providing anti-tank and air defence systems, drones, fuel and ammunition, as well as financial aid, he said.

“And hosting millions of refugees.”

He said that he expected that on March 24, the Allies would agree to provide additional support, including cybersecurity assistance, as well as equipment to help Ukraine protect against chemical, biological, radiological and nuclear threats.

“President Putin’s invasion is brutal,” Stoltenberg said. “And the human suffering is horrifying and painful to witness”.

“We are determined to do all we can to support Ukraine. But we have a responsibility to ensure that the war does not escalate beyond Ukraine, and become a conflict between Nato and Russia,” he said.

Stoltenberg said that he expected the Nato leaders would call on China to live up to its responsibilities as a member of the UN Security Council, and refrain from supporting Russia’s war effort.

“And join the rest of the world in calling for an immediate, peaceful end to this war,” he said.

“We also call on Belarus to end its complicity in Putin’s invasion,” Stoltenberg said.