In its decision, published in the regulator’s online register on March 22 but taken a day earlier, the CPC said that the deal would not result in the “creation or strengthening of a market-dominant position that would significantly restrict or impede effective competition.”

Last month, MTG said that it agreed to sell its 95 per cent stake in Nova Broadcasting in a deal that valued the company at 185 million euro. CPC began its regulatory check on the proposed acquisition on March 5.

The regulator previously blocked MTG’s proposed sale of Nova to Czech investment conglomerate PPF Group, controlled by billionaire Petr Kellner. It found only a small overlap on the online trade market, where PPF was present through its Hungarian subsidiary Online Comparison Shopping Kft., which had a market share below five per cent, with Nova’s own market share on that segment being also below five per cent.

In its decision on the earlier deal, CPC argued that Nova Broadcasting had “significant financial and organisational resources, the opportunity for economy of scale and reach and an established image,” while PPF Group had extensive investment experience, which meant that the participants in the merger would have “the stimulus and real possibility to change their commercial policy in different ways that would lead to reduced access, increased prices or changes to contracts already in place.”

A court appeal against the regulator’s ruling had been scheduled for March, but MTG said in January that it terminated its agreement with PPF Group and opened talks with other interested parties. 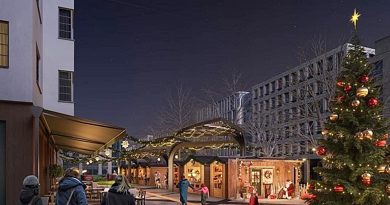