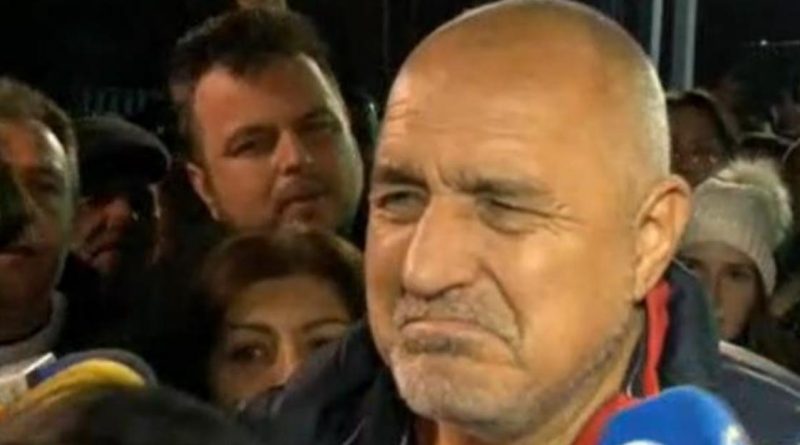 Bulgaria’s former prime minister and opposition GERB party leader Boiko Borissov was released from custody on the night of March 18, about 24 hours after he and two figures from his former government were taken in by police.

In an event shown live on national television channels, Borissov emerged amid a throng of party supporters, to describe his detention as “brutal, nasty, they took us back to communism”.

There had been allegations that Borissov, a former Interior Ministry chief secretary who headed Bulgaria’s government on and off for about nine years, would be charged with extortion.

But he, former finance minister Vladislav Goranov and a former spokesperson for a Borissov government, Sevdalina Arnaudova, were released without charge.

Keeping them beyond the 24-hour police custody allowed by Bulgarian law would have required an order from the Prosecutor’s Office to extend this to 72-hour custody, which in turn would be subject to extension on application to a court.

“I’m worried that they might kill me next time,” Borissov told reporters.

Borissov’s counsel, Menko Menkov, told reporters that no charges had been filed, that the grounds for the police custody had indicated extortion, but there was no indication who had been the subject of this extortion, when, how and for what reasons.

Earlier media reports alleged that the grounds for the action were allegations against Borissov by Vassil Bozhkov, a controversial figure who fled Bulgaria amid the lodging of serious charges against him, including involvement in organised crime.

After Borissov and the other two were released, Deputy Sofia City Prosecutor Dessislava Petrova and Ivo Iliev held a news conference, saying that on the morning of March 18, the Sofia City Prosecutor’s Office had been notified by police that they had initiated pre-trial proceedings for extortion.

This notice, sent by fax, had said that in connection with these proceedings, Borissov, Arnaudova and Goranov had been taken into custody.

Petrova said that six witnesses had been questioned previously in connection with these allegations, including current Prime Minister Kiril Petkov.

Bozhkov had not been questioned in connection with the case, she said.

Petrova said that the case had not been reported in its entirely and the Sofia City Prosecutor’s Office had received additional materials, the relevance of which would be the subject of further analysis. She indicated that in taking the three into custody, there may have been procedural irregularities, a claim earlier denied by the Interior Ministry.

These mainly were related to photographs accompanying media reports, she said.

Earlier on March 18, Petkov, whose We Continue the Change party won the largest share of votes in Bulgaria’s early parliamentary elections on a reformist and anti-corruption platform, said that the only way for there to be change in Bulgaria was when the “untouchables” were no longer above the law.

In Petkov’s governing coalition, notably his own We Continue the Change party and Hristo Ivanov’s Democratic Bulgaria, there are those who have set their caps to carry out a thorough reform of the judiciary to act effectively against high-level corruption and links to organised crime.

Since Borissov’s third government left power and the Interior Ministry changed political hands, there have been continuing tensions between the ministry and the Prosecutor’s Office, with reformist-minded critics saying that the Prosecutor’s Office remains in the thrall of Prosecutor-General Ivan Geshev, obstructing effective action against high-level corruption and other crimes.

Petkov’s government has sought the removal of Geshev, through procedural means the fruition of which remains an open question. The new government also has said that it will refer corruption cases directly to the European prosecutor’s office, bypassing the national Prosecutor’s Office, in which it has no confidence.

(Screenshot of Borissov on March 18 via BNT)