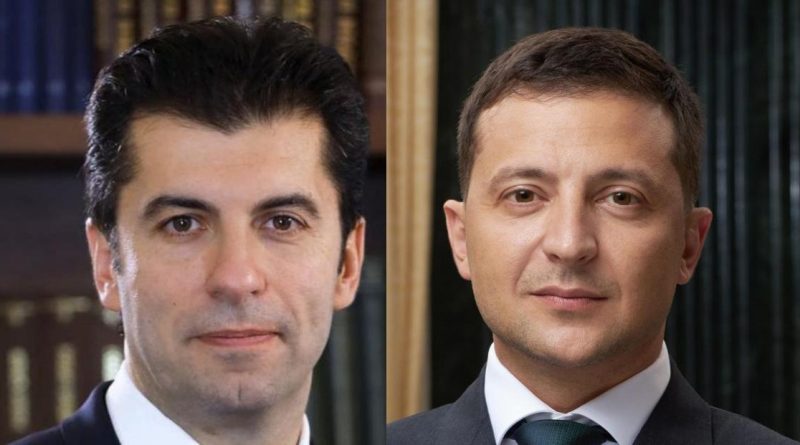 Bulgarian Prime Minister Kiril Petkov spoke on the phone with Ukrainian President Volodymyr Zelenskyy on March 5, expressing administration for the leadership and courage that Zelenskyy demonstrates every day, a Bulgarian government statement said.

This leadership and courage strengthened the Ukrainian people who were facing a fratricidal war, the Bulgarian government statement said, referring to the Russian army invasion of Ukraine that began on February 24 on the orders of Vladimir Putin.

The statement said that Petkov emphasised Bulgaria’s full support for all Ukrainians.

Petkov said that everyone fleeing the war would be welcomed in Bulgaria so that they felt at home, and Bulgaria’s institutions would provide the necessary assistance.

The Bulgarian Prime Minister informed Zelenskyy about the humanitarian aid that Bulgaria was sending to Ukraine in the form of hospital medical equipment and medicines.

Petkov expressed strong hope that peace would return to the region as soon as possible, the statement said.

In a message on Twitter, Zelenskyy said that his conversation with Petkov had covered the course of countering Russian aggression, sanctions pressure on Russia and help of partners for Ukraine.

“We appreciate the support of Bulgaria for Ukraine’s accession to the EU,” Zelenskyy said.

The Bulgarian Red Cross said on March 5 that in five days, more than 1.5 million leva had been contributed to its fundraising campaign in support of the victims of the conflict in Ukraine.

Thousands of individual and corporate donors responded and helped with funding, the Bulgarian Red Cross said.

The most recent update by the UN refugee agency said that as of March 4, more than 1.3 million people had fled the war in Ukraine.

The agency said that 133 876 had gone to other European countries.

On the morning of March 5, Bulgaria’s Interior Ministry said that more than 25 000 Ukrainian citizens had arrived in Bulgaria since February 24.

On the morning of March 5, the first Ukrainian citizens fleeing the war in Ukraine arrived in Vidin in two buses.

Sixty-one people arrived, of whom some would go on to other places in Bulgaria, Vidin mayor Tsvetan Tsenkov was quoted by Bulgarian National Radio as saying.

Bulgarian Socialist Party MP Filip Popov, one of two MPs to greet the Ukrainians on their arrival in Vidin, said: “”We welcome with the warmest feelings these Slavs, above all, Christians in Bulgaria, because they are fleeing the horrors of war”.

Hotels in Balchik on Bulgaria’s northern Black Sea coast that had announced that they would house refugees were full, Bulgarian National Radio said on March 5.

There were an estimated 600 refugees in the town, 400 of them in hotels, the report said.

The report said that assistance had been sought from real estate agencies, and foreigners were responding, some hotels are expected to open, but most are summer facilities and not currently ready to open, the report said.

The Dobrich district administration has opened a 24-hour helpline for citizens of Ukraine to inform them of accommodation options: +359 888 478 606.

The phone number also may be used by hoteliers with available accomodation, the district administration said.

The academic council of Plovdiv University Paisii Hilendarski has decided that students from Ukraine in the university’s dormitories are exempted from paying rent.

This decision took effect as of March 1 2022, the university said in a notice on its website.