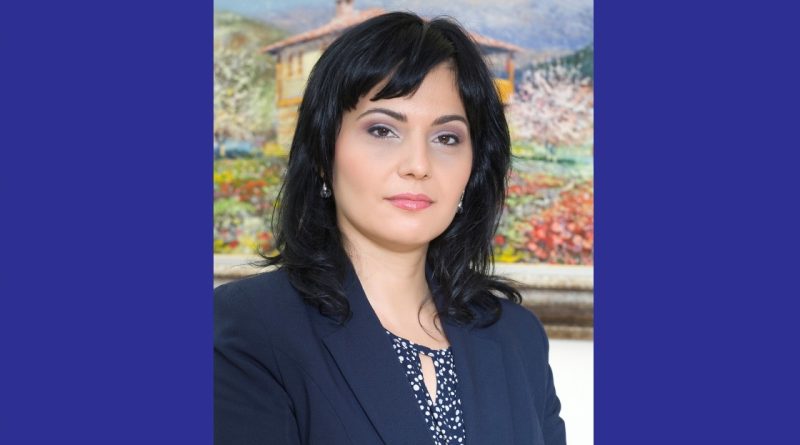 In a lengthy post on Facebook, Bulgaria’s Health Minister Assena Serbezova has called on those who have chosen not to be vaccinated against Covid-19 not to impose this choice on others, nor use it for political purposes or to “shine” on the television screen.

Serbezova made the call on January 5 against a background of the deteriorating Covid-19 situation in Bulgaria, with rising morbidity rates across the country’s 28 districts, growing numbers of deaths and hospitalisations, a consequence of Bulgaria having the EU-EEA’s lowest rate of vaccination and with the rapid spread of the Omicron variant.

“With the choices we make, we can ease or burden the health care system on the eve of another wave,” said Serbezova, who has set a target of raising Bulgaria’s rate of vaccination against Covid-19 to 70 per cent.

On January 5, the European Centre for Disease Prevention and Control’s online vaccine tracker showed that in Bulgaria, the uptake among the total population of at least one dose of vaccine against Covid-19 was 28.5 per cent, full vaccination 27.6 per cent and booster dose, four per cent.

Serbezova attributed opposition to vaccination to fears, false information, mistrust, “a form of rebellion and what not, contraindications to vaccination (there are few, but there are)” and illustrated the post with a photograph contrasting the lungs of patients who had been vaccinated and who had not been.

She said that vaccinated people could become infected, but experienced the disease less severely.

Those who had chosen not to be vaccinated “should not make money from people’s fears, because that is blood money,” she said.

On January 5, it was reported that Serbezova’s Cabinet colleague, Foreign Minister Teodora Genchovska, had tested positive for Covid-19 and was under medical supervision. Deputy foreign minister Irena Dimitrova is acting in Genchovska’s stead.

In Parliament on January 5, at the legislature’s first sitting for the year, MPs again deferred the question of requiring green certificates or a rapid antigen test for admission to the National Assembly building.

The proposal was tabled by the Democratic Bulgaria coalition.

Speaker Nikola Minchev said that the decision had been made at a meeting of presiding officers to remove the proposal from the order paper, because it should first be considered by committees before being tabled in the House.

MPs rejected a proposal by the anti-vaxxer, pro-Kremlin Vuzrazhdane party – the smallest group in the National Assembly – to set up an ad hoc committee on anti-epidemic measures in Bulgaria.

Vuzrazhdane wants all anti-epidemic measures scrapped and has threatened a “revolution” unless the green certificate system is abolished.

The vote in Parliament came on the day that Bulgaria registered its highest number of Covid-19 deaths in a week, and two days after Bulgaria passed the 31 000-mark in its Covid-19 death toll.