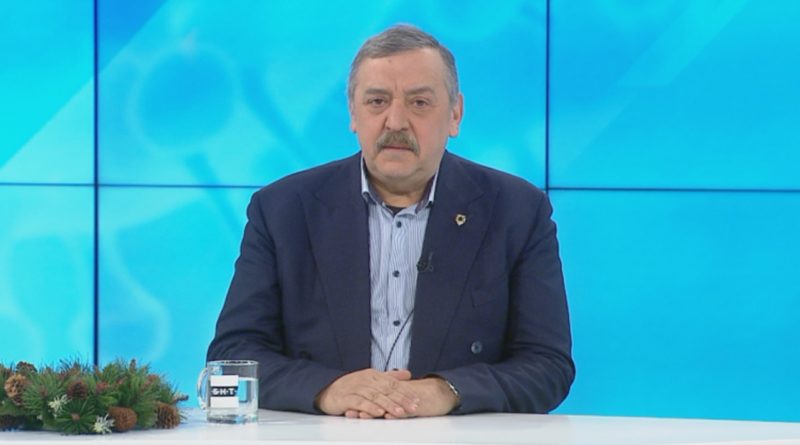 Whoever has had two doses of the AstraZeneca vaccine against Covid-19 should receive a booster dose, for enhanced protection against the Omicron variant, Professor Todor Kantardzhiev said in a television interview on December 29.

Kantardzhiev, a consultant to Sofia municipality on vaccination and a former head of the National Centre for Infectious and Parasitic Diseases, told Nova Televizia that the latest data on protection against the Omicron variant through a booster dose were encouraging.

A booster provided 75 to 80 per cent protection, while the remainder would get ill, but without the need for hospitalisation or a severe experience of the disease, he said.

Kantardzhiev said that those now deciding to get vaccinated should do so timeously, to avoid queues and crowds in front of the vaccination points.

Forty-five per cent of residents of Bulgaria’s capital city Sofia had been vaccinated against Covid-19, a positive fact, he said.

Bulgaria’s health authorities should consider shortening the period between the second and third dose, from six to three months, as other European countries had done, Kantardzhiev said. He said that he hoped Health Ministry experts would put forward such a recommendation.

Bulgaria currently offers the Moderna and BioNTech-Pfizer vaccines as booster doses. As The Sofia Globe reported earlier, according to the unified information portal report on December 29, so far 255 636 people in Bulgaria have received a booster jab.

The country’s new government is launching a programme to pay a one-off bonus of 75 leva to over-65s who get vaccinated. The government also is to embark, in early 2022, on an information campaign targeted to specific groups to encourage vaccination.

Bulgarian media said on December 29 that once again, the day saw large queues of people in Sofia waiting to be immunised. Most said that they were waiting for a booster dose.

In a statement, Pirogov emergency hospital in Sofia said that in the past seven days, close to 2000 adults and 150 children had been immunised at its vaccination point.

The hospital said that it had sufficient supplies of the Comirnaty (Pfizer-BioNTech), Moderna and Janssen vaccines, to meet the increased public interest in vaccination.

On December 28, because of increased demand, Pirogov briefly ran out of Pfizer-BioNTech vaccine and needed an emergency resupply from Sofia’s regional health inspectorate.

“We are maintaining contact with the Sofia regional health inspectorate, which is ready at short notice to provide additional doses of vaccines, if necessary,” the hospital said.