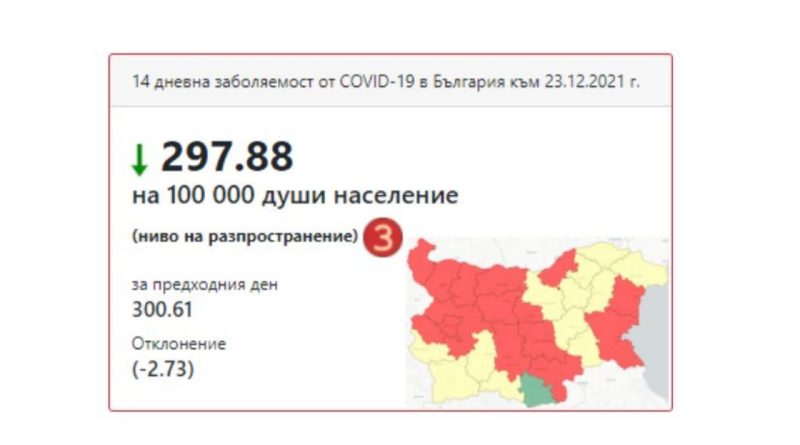 The number of districts in Bulgaria that are Covid-19 red zones – meaning a morbidity rate from 250 to 499.9 per 100 000 population on a 14-day basis – decreased by two in the past day, to 15, according to the December 23 update by the unified information portal.

Blagoevgrad and Kyustendil, which had been red zones, have been reclassified as yellow zones, meaning a morbidity rate from 100 to 249.9 per 100 000 population.

One district, Kurdhzali, is classified as a green zone, meaning a morbidity rate less than 100 per 100 000 population.