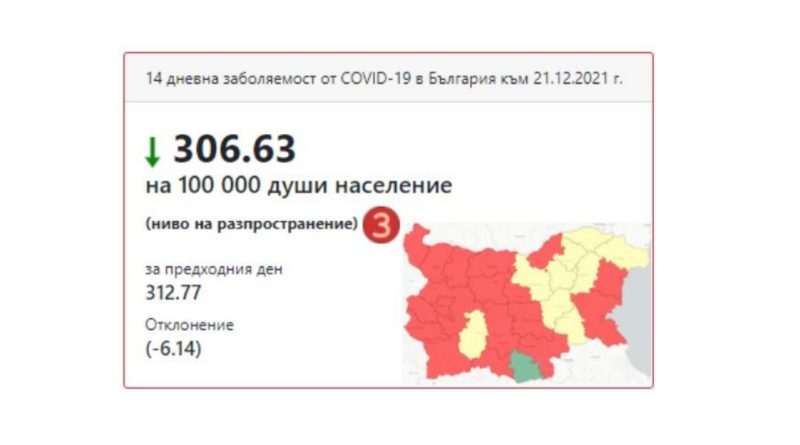 Bulgaria’s Kurdzhali district has become a Covid-19 green zone, meaning a morbidity rate of less than 100 per 100 000 population on a 14-day basis, according to the December 21 update by the unified information portal.

The morbidity rate in Kurdzhali is 96.4 per 100 000 population, the update said. Previously, the district had spent several weeks classified as a yellow zone.

Of the remaining 27 districts in Bulgaria, 18 are red zones and nine are yellow zones as of December 21.

The districts that are yellow zones, meaning a morbidity rate from 100 to 249.9 per 100 000 population, are Veliko Turnovo, Dobrich, Razgrad, Silistra, Sliven, Turgovishte, Shoumen and Yambol.