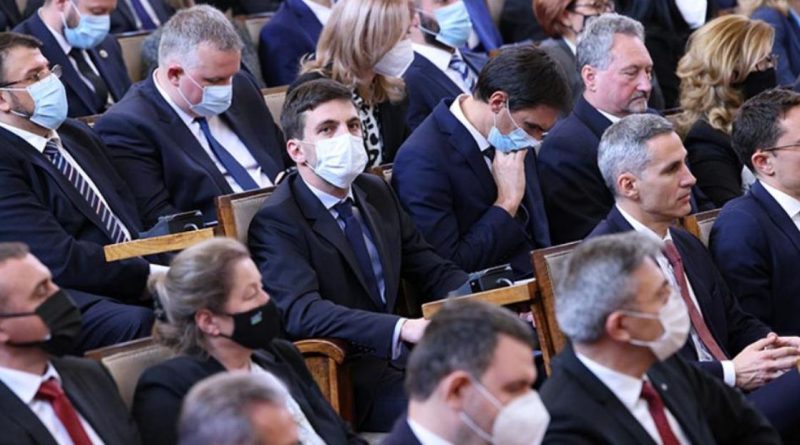 A December 7 meeting of the Bulgarian Parliament’s presiding officers and parliamentary group leaders did not accept a proposal for MPs to be required to have a Covid-19 green certificate to enter the National Assembly building.

There have been calls from various quarters for members of the newly-elected 47th National Assembly to be required to show green certificates to enter the building, including from caretaker Health Minister Stoicho Katsarov, who said MPs should set an example.

Current rules, issued by Katsarov, requiring green certificates for admission to indoor public places do not apply to government, state and municipal buildings. National Assembly Speaker Nikola Minchev has said that because accreditation is required to access the building, it does not count as a public place.

Andrei Gyurov, parliamentary leader of We Continue the Change (WCC), the largest group in the current National Assembly, said that the position was yet to be clarified, and this was not a decision to be taken at the first meeting of the presiding officers council.

He said that WCC called on people to get vaccinated and was of the view that MPs should set an example.

Dessislava Atanassova, parliamentary leader of the GERB-UDF group, said: “We are all vaccinated, we all have a green certificate…it is not a problem for us to show our green certificate every morning when entering the building.

“We believe that when the rules apply to the whole country by order of the minister, they should apply to MPs,” Atanassova said.

Parliament’s third-largest group, the Movement for Rights and Freedoms (MRF), has not yet decided its position on the issue.

Deputy Speaker Mukaddes Nalbant, an MRF MP, expressed her personal opinion: “I hope that there is a positive decision on this issue. I have been vaccinated with a third dose and I urge everyone to do so. It is in everyone’s interest – ourselves, our families, our children, society as a whole”.

The MRF would decide its position if the proposal was tabled in the House, she said.

Bulgarian Socialist Party leader Kornelia Ninova said that the BSP group were against.

“We have arguments – this would hinder the work of MPs. But we must comply with all other measures – masks, distance,” Ninova said.

Parliament’s smallest group, the anti-vaxxer Vuzrazhdane party – which wants all anti-epidemic measures removed nationally – was, as might be expected, opposed to the proposal.

“You know very well what our attitude is to the green certificate, namely that it is illegal, unconstitutional and we insist that it not be introduced in the building of the National Assembly, because the constitution gives the MP the right to exercise his legislative powers, which may not be restricted by restrictions in the rules of procedure,” Vuzrazhdane group deputy leader Petar Petrov said.