An 85 per cent completed parallel count by the Alpha Research agency in the hours after voting ended in Bulgaria in the country’s November 14 early parliamentary elections saw a National Assembly with seven groups, with We Continue the Change (WCC) winning the most votes.

The partial parallel count showed WCC with 26.1 per cent of the vote, putting Boiko Borissov’s GERB-UDF in second place with 23.5 per cent.

Third was the Bulgarian Socialist Party with 11.7 per cent, followed by the Movement for Rights and Freedoms with 10.9 per cent, cable television presenter Slavi Trifonov’s ITN party with 9.5 per cent and the Democratic Bulgaria coalition with 6.5 per cent.

While Alpha Research’s earlier exit poll results had shown a six-group National Assembly, the partial parallel count showed extreme far-right, anti-vaxxer party Vuzrazhdane over the four per cent threshold for a share of seats, with 4.8 per cent.

Should final results show that WCC has won the most seats in the 47th National Assembly, that would entitle the party to be first to receive a mandate to seek to form a government. 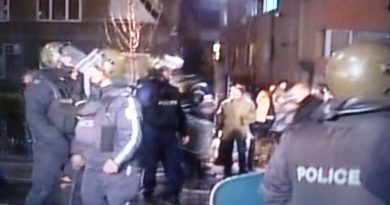