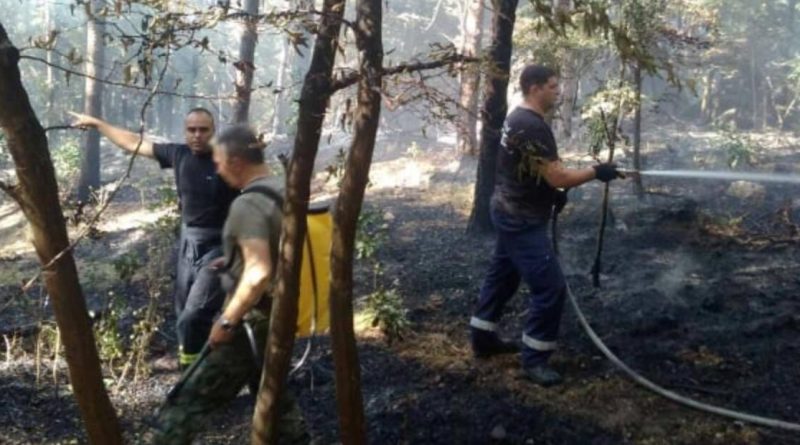 Bulgaria may have to ask for help from a foreign country if the wildfire situation in the country takes a turn for the worse, caretaker Prime Minister Stefan Yanev told Parliament on August 5, the day after two forestry workers were found dead after a blaze near the village of Goleshovo.

Bulgaria’s National Assembly held a minute of silence at the opening of its August 5 in honour of the memory of Valeri Dimitrov, 46, and Anton Grubchev, 33, the two forestry workers who died in the fire.

On August 5, Chief Commissioner Nikolai Nikolov, head of the Directorate-General for Fire Safety and Protection of the Population, said that in the past day, there had been 187 fires, all of which had been brought under control.

Firefighters were being assisted by forestry officials and Bulgarian military personnel, Nikolov said.

He warned that the situation was extremely difficult, given the low humidity, extremely high temperatures and relatively strong winds, especially in the western part of Bulgaria.

Nikolov urged the public not to burn grass cutting or to burn crop stubble.

He called for maximum limitation of using mechanised equipment on agricultural land, “as a spark could turn an entire field of forest into flames in minutes”.

Responding to questions from Democratic Bulgaria MP Ivailo Mirchev, Yanev said that there was only one Bulgarian Air Force helicopter available to assist in firefighting. The number could rise to three in the next 10 days, but no more than that, Yanev said.

An assessment will be made in the light of the situation whether a request for air assistance from another country is necessary, Yanev said.

Asked by Maya Manolova of the “Rise Up Bulgaria! We’re Coming” coalition about measures to support the families of the victims of the fires, Social Affairs Minister Gulub Donev said that the relatives of those who died were entitled to a one-off grant of 540 leva (about 276 euro).

Those eligible for this grant included spouses and children, the latter irrespective of whether they had reached the age of majority, as well as the parents of the deceased employees.

Social services had been instructed to support the families of the victims, Donev said. The families may also receive social assistance worth 375 leva for vital needs.