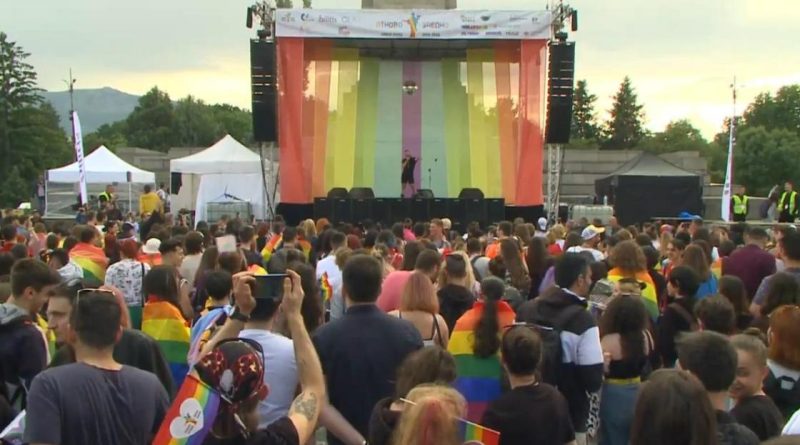 Amid a jovial atmosphere and tight security measures, thousands turned out for the 2021 Sofia Pride in the centre of Bulgaria’s capital city on June 12.

This year’s Sofia Pride was in-person after last year being held online because of the Covid-19 pandemic.

The 2021 Pride was preceded by appeals by organisers to Bulgaria’s state and government institutions to ensure that it was properly secured, following a string of homophobic attacks in various parts of the country in the run-up to the event.

An online petition to caretaker Interior Minister Boiko Rashkov to ensure security for the Sofia Pride event had attracted 17 126 signatures by the afternoon of June 12.

Earlier on June 12, ultra-conservative groups held events in central Sofia and Veliko Turnovo “in defence of the traditional Bulgarian family”.