Bulgaria’s caretaker government allocated on May 17 an amount of 57.1 million leva (about 29.19 million euro) for the preparation and holding of the country’s early parliamentary elections on July 11.

Bulgarians are being called back to the polls in July after April 4 regular parliamentary elections failed to result in a government being voted into office.

Before it was dissolved, the 45th National Assembly voted amendments to the Electoral Code, including making it easier to open polling stations outside Bulgaria.

The items meant to be covered by the 57.1 million leva include preparation and printing voters rolls, purchase and production of the necessary election papers and materials, printing of ballots, logistical support for the regional and municipal administrations and of the administration of the cabinet, pay for members of the district and sectional election commissions, the computer processing of the data from the voting and the issuance of the election results, and conducting an awareness campaign on the rights and obligations of citizens and the method of voting.

The government has set aside an additional 11.1 million leva to be used if needed if the Covid-19 epidemic declaration remains in place at the time of the elections.

Funds from the budget of the Ministry of Foreign Affairs are provided for polling stations abroad, for compliance with anti-epidemic requirements and measures in the different countries.

After the public procurement of additional voting machines, the funds to cover the cost will be provided in the budget of the Central Election Commission, under the Public Finance Act.

The government said that it was prepared to provide the necessary additional funds if the Central Election Commission goes ahead with video surveillance of ballot-counting at polling stations.

The money for the July elections will come from the sum provided in the Budget for this year’s elections – Bulgaria also will hold presidential elections towards the end of 2021 – and from restructuring expenses and transfers in the national Budget, the government said.

By comparison, the previous government allocated 65.7 million leva for the holding of the April parliamentary elections.

Caretaker Health Minister Stoicho Katsarov said that the procurement of protective materials, including masks and disinfectants, for the safe conduct of the July 11 would be decentralised. District governors will organise deliveries according to the specific needs, and the state will pay for them.

Katsarov said that in the April 4 elections, the procedure was not well organised and there were electoral commissions that received their protective equipment the day after the elections. 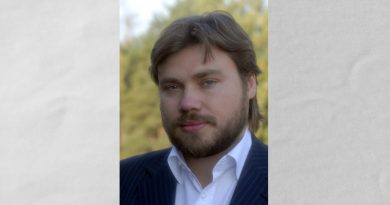