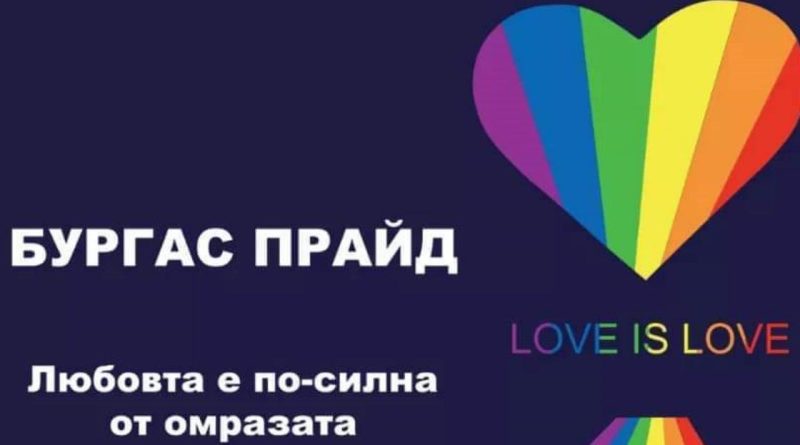 Counter-protests threw eggs, cucumbers, bottles of water and a smoke bomb at the few dozen participants in the first-ever Bourgas Pride in the southern Black Sea city on May 15, according to local media reports.

One of the organisers of the counter-protests, Bisser Rusimov of the “Organisation for the Protection of the Bulgarian Citizen”, burnt a rainbow flag, Bulgarian National Radio said.

More than 300 police and portable metal fences separated the counter-protesters from the Bourgas Pride participants, while the two groups shouted at each other, reports said.

Against a background of counter-protest groups having said that they were “defending Orthodox Christian values”, Pride participants chanted: “Violence is not a Christian value”.

Earlier on May 15, there was a motorcade of protesters against the Pride event. According to Radio Bourgas, about 20 people, in 10 cars, took part in the motorcade.

At Bourgas’s Church of Saints Cyril and Methodius, there was a special 11am prayer service “in defence and support of the traditional Bulgarian family and Orthodox values”.

Speaking to Radio Bourgas, Rusimov said: “We are not against these people, we are against the aggressive way of imposing it on us, they are not discriminated against.”

The theme of Bourgas Pride is “love is stronger than hate”.