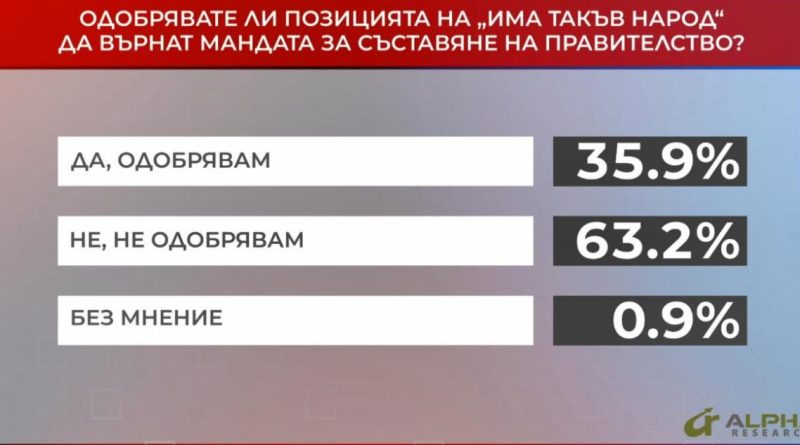 A poll by Alpha Research has found that 63.2 per cent of Bulgarians disapprove of the refusal by cable television presenter Slavi Trifonov’s ITN political party to seek to form a government.

The poll was done for Bulgarian National Television’s weekly Referendum programme and the results were shown a day after Trifonov announced the decision and the night before his prime minister-designate, Antoaneta Stefanova, received the mandate and immediately handed it back.

Alpha Research said that 35.9 per cent of those polled approved of the ITN decision, with a fraction undecided.

According to the procedure set out in the constitution, head of state President Roumen Radev may now hand the mandate to a parliamentary group of his choice.

Should the third-mandate attempt fail, Radev must dissolve Parliament, appoint a caretaker government and decree a date for new parliamentary elections.

Toma Bikov, an MP for Boiko Borissov’s GERB party, said that the responsibility for the political situation lay with the head of state.

Bikov said that Radev should hand the third mandate to Hristo Ivanov’s Democratic Bulgaria coalition, because it was the only one that had said that, with a third mandate, it was ready to form a government.

If Radev did not give the mandate to Democratic Bulgaria, that would mean he did not want a government, Bikov said.

He said that Radev was one of the factors that had led to this stalemate, which every citizen would pay for.

“This man (Radev) has been trying for a year to provoke a political crisis. Congratulations, you succeeded,” Bikov said.

“And now to be so good as to help, so that we do not end up with a constitutional crisis, because there is potential for that,” he said.

Ivanov said that his group had been ready to support a government nominated by Trifonov’s party.

“Now, after consultations with the president, we will see that each political formation will have to provide its own recipe for how to solve the political crisis, because with the expiration of both mandates, we are now officially in a political crisis,” Ivanov said, expressing hope that a formula could be found to resolve it.

Maya Manolova, of the “Rise Up! Mobsters Out!” group said that a third mandate would possible only if there was consensus among what she called the “protest parties” – meaning ITN, Democratic Bulgaria and the one that Manolova leads in Parliament.

However, no such talks have been held so far, she said.

“And most likely we are going to elections,” Manolova said. 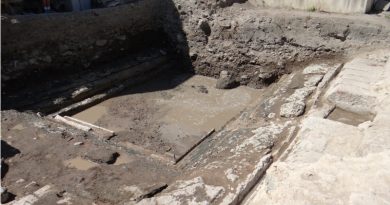 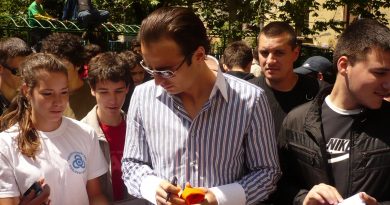 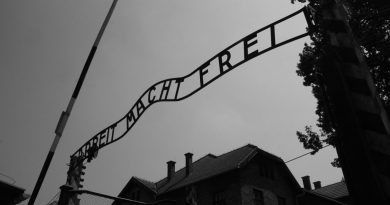