A petition backed by several thousand people has been followed by Bulgarian citizenship being conferred on an Iranian-born doctor who had lost his job as the head of the hospital in Isperih because he was not a Bulgarian citizen.

The decree conferring citizenship on Dr Abdullah Zargar was signed on February 5 – a week after a report by the Minister of Justice was lodged with the Presidency.

A statement by the Presidency said that the decision to grant citizenship was taken after examining the proposal by the Minister of Justice and a report by the Commission on Bulgarian Citizenship, and after the opinions of various institutions, including the security services, were received on February 4.

Dr Zargar had headed the hospital for several years, but lost the post after the Public Enterprises Act was amended to rule that such enterprises may only be headed by Bulgarian citizens.

Media reports last week said that before Zargar was appointed to head the hospital, it had been in a difficult situation, losing thousands of leva a year.

After his arrival, the building was renovated, new equipment purchased, specialists recruited and the finances of the hospital were put on an even keel.

Following media reports about his dismissal, support for Zargar came not only from Isperih, where he is a respected figure, but across the country, with a petition for him to be granted Bulgarian citizenship drawing more than 7000 signatures in just a few days. 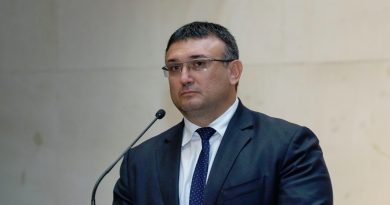