On the day that the Cabinet’s new regulations on electronic doctor referrals and medicine prescriptions went into force, Deputy Health Minister Zheni Nacheva said that some pharmacies were not prepared to disburse such prescriptions.

Nacheva told Bulgarian National Radio on December 18 that “in the initial stage, it will most likely not be all pharmacies, since that depends on the software developers of those pharmacies. We will give the necessary time for all pharmacies to join.”

In announcing the changed regulations earlier this week, Health Minister Kostadin Angelov said that all electronic referrals and prescriptions would be “available in the specialised medical software of providers of medical assistance who have a contract with the National Health Insurance Fund,” but gave no timeline for implementation.

Bulgarian National Radio quoted Anton Vulev, head of the Bulgarian Pharmacies Chamber, as saying that testing on a system for electronic prescriptions was expected to begin before the end of the year or in early 2021. He said it was likely to be accompanied by a transitional period during which paper prescriptions would remain in use.

In other news in Bulgaria on December 18 related to the Covid-19 situation:

Bulgaria’s Parliament ratified an agreement on assistance for re-sale between Bulgaria, Sweden and Janssen Pharmaceutica NV for the purchase and supply of a vaccine against Covid-19.

The ratification opens the way towards Bulgaria receiving two million doses of vaccines developed by the Swedish pharmaceutical company under preliminary agreements concluded with vaccine suppliers by the European Commission.

The National Assembly also approved a Cabinet decision to purchase the CureVac and Moderna vaccines.

Chief State Health Inspector Angel Kunchev, speaking to Nova Televizia on December 18, said that a vaccine against Covid-19 could reach Bulgaria on December 25.

There are duty teams at the national vaccination headquarters ready to receive a delivery, Kunchev said.

“On December 24, all UPS trucks that will deliver the vaccine across Europe will leave Brussels,” he said. “The probability of it coming to Bulgaria precisely on Christmas Day is very high. We will have on-duty teams to wait for it in Sofia,” he said.

Initally, 5000 doses are expected to arrive. The immunisation process will begin at six hospitals in Sofia. The second shipment is expected in the first days of 2021. Significantly larger quantities of the vaccine will arrive in February.

“Very soon we will have the Moderna vaccine, which is much easier to store,” Kunchev said.

He did not think that the vaccine was invented so quickly was a matter for concern.

“What both Moderna and Pfizer are doing is so modern and revolutionary that it will be used for other vaccines from now on.”

Health Minister Kostadin Angelov issued an order banning the export of several medical products used in the treatment of Covid-19, after the government’s medicines agency recorded a large jump in the use of those products.

The medicines that are subject of the export ban were antibiotic azithromycin, blood thinner enoxaparin, anti-coagulant nadroparin, corticosteroid dexamethasone and medical oxygen.

Checks conducted by the medicines agency showed that the products were being exported in quantities that could lead to a shortage in Bulgaria.

Although those activities were completely legal, “the export of medicines used in the treatment of Bulgarian patients with Covid-19 during a time of increased demand breached the fragile balance between the supply of medicines and the increased demand to meet the health needs of the populace,” the Health Ministry said.

In Plovdiv, police have arrested a 25-year-old man from Krichim who posed as a Covid-19 patient to steal mobile phones from patients at a diagnostic clinic in the city.

The thefts were reported in recent days. Police said that the man exploited the fact that medical staff were wearing personal protective equipment which slowed their ability to move around. While they were distracted, the alleged perpetrator stole mobile phones and cash.

Plovdiv’s crisis headquarters decided to cancel all mass public gatherings in the municipality until January 2 2021, including the usual annual events held around Christmas and New Year’s Eve, the city hall said in a statement.

The decision was based on the current infection rates and the national crisis headquarters’ statement extending the restrictions in place throughout the country.

Plovdiv city hall said that Christmas markets can still be held at two municipality-owned marketplaces that have been modified to operate under social distancing restrictions.

Bourgas municipality said that as of the evening of December 17, it had begun daily disinfection, in the days up to Christmas, of central city streets, pedestrian areas, bus stops and densely-populated neighbourhoods of the seaside city.

The disinfection is being carried out with a biocide that has bactericidal, fungicidal and complete virucidal action. It is completely safe for humans and pets, but it is recommended to avoid entering the respective area within one hour after treatment to enable better performance of the substance, the municipality said.

The treatment of the central city streets and pedestrian areas is being done between 11pm and 3am, and in the neighbourhoods, from 10am to 1pm. 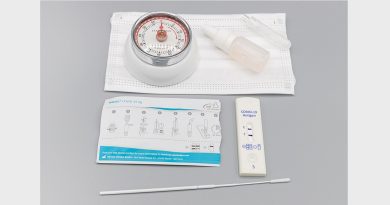 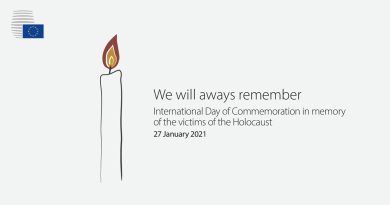