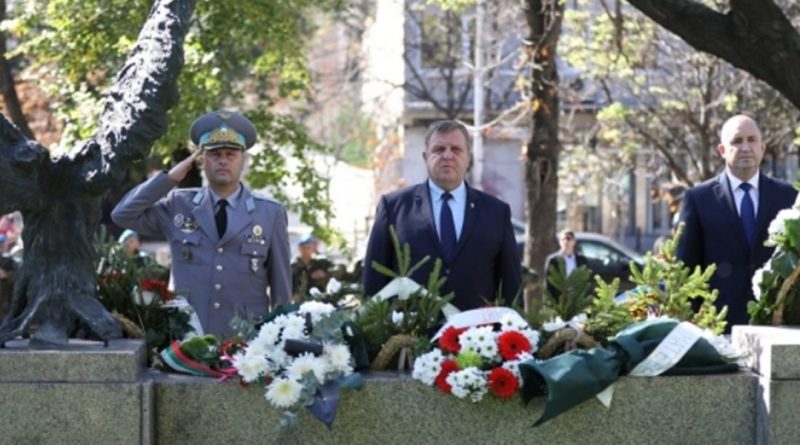 Bulgarian President Roumen Radev will be sent into quarantine because he was in contact with Bulgarian Air Force commander Major-General Dimitar Petrov, who has tested positive for new coronavirus, Health Minister Kostadin Angelov said on October 20.

Radev was in contact with Petrov at a ceremony on October 16, along with Defence Minister Krassimir Karakachanov, who reportedly has gone into quarantine.

“The President is a Bulgarian citizen, like everyone else. As such, all regulations will be applied to him,” Angelov said.

Radev is currently in Estonia, but his engagements – including a planned meeting with his Estonian counterpart – have been curtailed because of the Covid-19 situation. Estonia has reintroduced mandatory quarantine for people arriving from Bulgaria, reversing last week’s order that revoked this requirement.

Angelov said that after Radev’s aircraft arrives in Bulgaria, he will be given a PCR test and until the results are known, will be quarantined.

Earlier on October 20, the President’s office rejected as untrue reports that Radev had been in contact with a person with new coronavirus. It said that on October 19, Radev had tested negative.

The reports that Radev was a contact person arose from a Facebook post by Estonian President Kersti Kaljulaid saying that he had been in contact with an infected person before his arrival in Tallinn.

She said that after it became known that Radev was a contact person, he had not participated in a dinner for representatives of the Three Seas Initiative.

A meeting between Radev and Kaljulaid that had been planned was called off. The two heads of state spoke by telephone.

(Photo, of Petrov, Karakachanov and Radev at the October 16 ceremony: Bulgaria’s Ministry of Defence)