Bulgaria is deeply concerned about the military clashes in Nagorno-Karabakh, which have resulted in military and civilian casualties, the Foreign Ministry in Sofia said on September 27.

“We call on both sides to immediately cease fire and resume dialogue under the auspices of the OSCE Minsk Group and its co-chairs,” the Foreign Ministry said.

European Union foreign policy chief Josep Borrell said in a statement that on September 27, fighting erupted along the Line of Contact in the Nagorno Karabakh conflict zone, regrettably causing military and civilian casualties.

“The European Union calls for an immediate cessation of hostilities, de-escalation and for strict observance of the ceasefire,” Borrell said.

“The return to negotiations of the Nagorno Karabakh conflict settlement under the auspices of the OSCE Minsk Group Co-Chairs, without preconditions, is needed urgently,” he said. 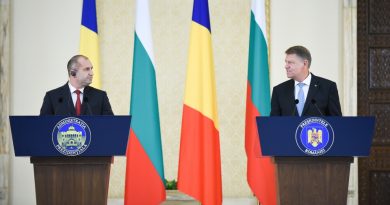