Most hotels in Bulgaria’s largest Black Sea resort, Sunny Beach, will shut by September 10, according to a report by Bulgarian National Television.

In a normal year, the hotels remain open in September and October, receiving late-season tourists.

But against the background of the Covid-19 crisis, the large-scale cancellations of charter flights and a lack of tourists, the hotels will shut their doors early.

The closure of hotels in Sunny Beach matches a similar trend at the Albena tourist resort complex on Bulgaria’s northern Black Sea coast.

At the height of the summer season, some of the largest complexes in the Sunny Beach resort are still closed. Some of the smaller hotels have guests from Germany, Ukraine and Poland.

Elena Ivanova, deputy head of the Union of Owners in Sunny Beach, said that between September 10 and 15, on a large scale hotels would shutter because of a lack of guests.

Some of the hotels in the resort were open for only two weeks and then closed in the face of unprofitability. At the same time, others have drastically reduced the prices of holiday packages, gaining them 80 per cent occupancy.

In contrast to some hotels, beaches in Sunny Beach are full. Most of the beachgoers are Bulgarians, and others Russians, owners of apartments in the western part of the resort.

Given the lack of charter flights this summer season, the industry is relying mainly on tourists arriving in Bulgaria by road. 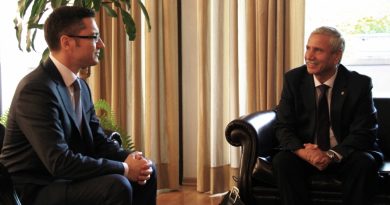