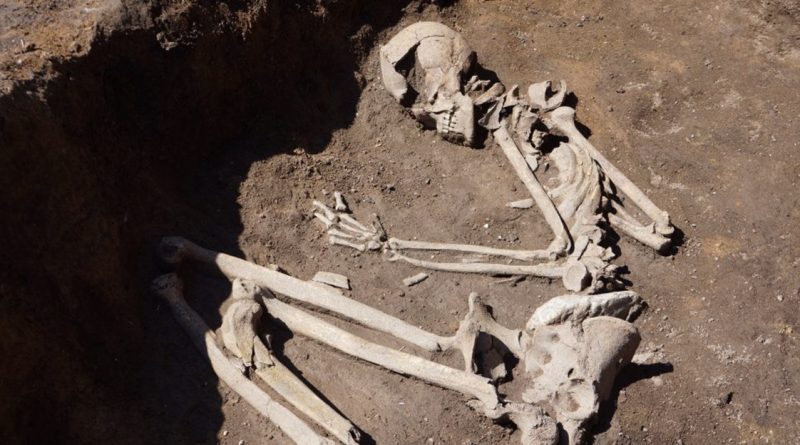 A Bulgarian team of archaeologists has found four Early Neolithic tombs estimated to date back 8000 years at the Slatina site in capital city Sofia, the Bulgarian Academy of Sciences said on July 28.

There are skeletons of three adults and one child.

Together with two graves discovered at the Slatina site in 2019, these are the earliest in the territory of Sofia.

Team leader Vassil Nikolov said that it was the first time in the ritual complex that such extremely rare finds had been made.

Excavations in the area have been going on for more than 30 years and the objects found so far show that the village was inhabited by farmers and pastoralists.

The settlement itself existed for about 500 years, from the end of the seventh to the middle of the sixth millennium BCE.

It is assumed that the civilisation of Europe started from the Neolithic settlement in Slatina, Nikolov said.

The graves discovered date from the beginning of the sixth millennium and very little is known about the rituals of this period. Probably there were houses, which unfortunately were destroyed, archaeologists believe.

During the excavations, archaeologists from the National Archaeological Institute of the Bulgarian Academy of Sciences came across a double grave – most likely a man with a child.

The other remains are of a woman lying on her stomach and of a man who was laid out in a very special way – one of his hands remained under the skeleton.

Anthropologists from the Institute of Experimental Morphology, Pathology and Anthropology of the Bulgarian Academy of Sciences are to continue their research in laboratory conditions.

DNA analysis may show if there was a relationship.

The work in Slatina is part of rescue archeological excavations due to new housing construction. Among the new finds are objects such as ceramic vessels, weights for a loom, a furnace plug shaped like a human image and part of a spindle.

Bulgaria’s exports in January-April 2019 up 9.5% on annual basis