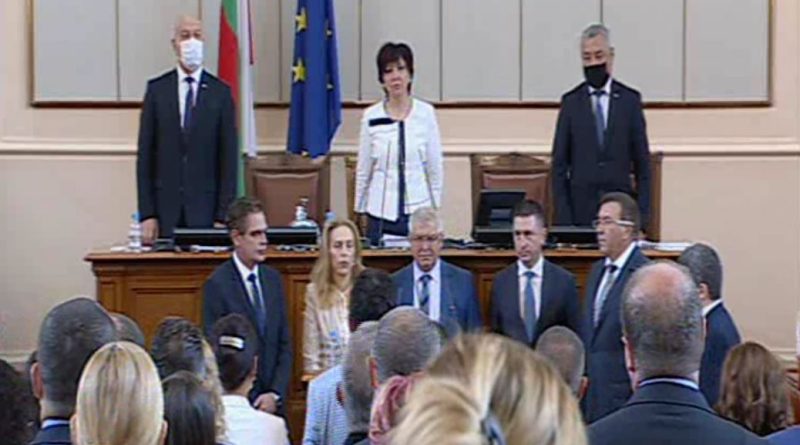 Bulgaria’s National Assembly voted on July 24 to approve changes to Prime Minister Boiko Borissov’s Cabinet in the largest government reshuffle since Borissov took office in May 2017.

The motion passed with 116 in favour and 89 opposed. It was preceded by an hour-long debate, featuring mainly speakers from the opposition socialists, who repeatedly asked for the Prime Minister to attend the proceedings and demanded the resignation of the entire Cabinet.

The reshuffle came a week after Borissov had asked for the resignations of Goranov, Karanikolov and Marinov after meeting with regional co-ordinators of his party, Gerb, the senior partner in the government coalition, on July 15.

Borissov made that announcement against the backdrop of large-scale protests demanding the resignation of his government. Protesters responded by saying that a Cabinet reshuffle meant nothing.

The latest reshuffle takes the number of ministerial resignations from Borissov’s third cabinet to 14. Terziyski is the third appointment to the Interior portfolio after Valentin Radev and Marinov, while Angelov becomes the third Health Minister in the current government, after Nikolai Petrov and Ananiev.

In a separate vote, Parliament voted to accept Goranov’s resignation as an MP.

(Photos of new ministers taking their oath of office on July 24 in the National Assembly: parliament.bg)