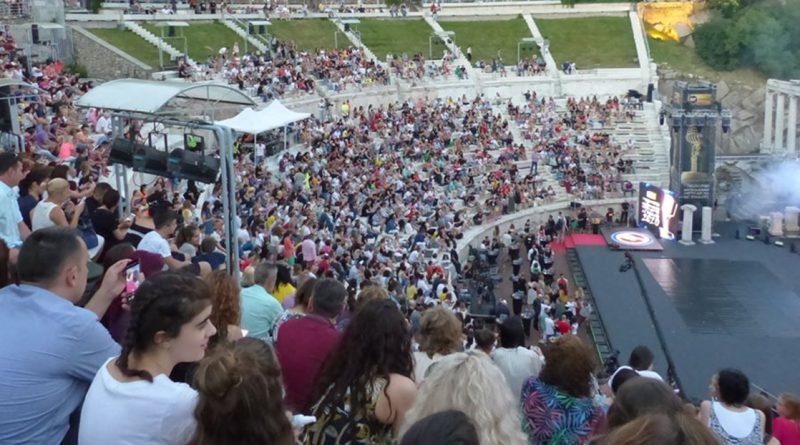 Limitations will be imposed on mass public events in Bulgaria’s city of Plovdiv, the municipality confirmed to local media on July 8, against a background of a rise in cases of new coronavirus in the city.

Mayor Zdravko Dimitrov told Radio Plovdiv on July 8 that such measures were being considered. Events for which permission already had been given would be allowed to go ahead, he said.

Three players from the Lokomotiv Plovdiv football team, winners of the Bulgarian Cup – where the match saw large-scale violations of physical distancing rules – have symptoms of coronavirus and have been placed in home quarantine.

PCR tests were done on all players and club employees. Apart from the players, four Lokomotiv Plovdiv fans have tested positive.

The Plovdiv municipal headquarters is closed for disinfection after an event in celebration of winning the cup was held there. Participants wore masks while inside the building but took them off when going out on to the balcony to greet the crowd of fans.

Dimitrov appealed to those attending Plovdiv’s annual Opera Open festival to adhere to physical distancing rules. He did not rule out introducing stricter restrictive measures for the festival.

In a statement posted on the Plovdiv municipal website on July 8, the head of the municipal crisis staff, Dr Kalin Kalinov, said: “So far we have no data to speak of a particular increase in morbidity in Plovdiv.

“We are strictly following the instructions of the national and regional operational headquarters and are in constant coordination with the regional health inspectorate. We urge people to follow the rules of individual hygiene and protection – wearing masks indoors and in public transport, the use of disinfectants and social distance,” Kalinov said.

At this stage, outdoor and indoor events will continue to take place, but with a strict limitation of 50 per cent of the number of seats, he said, adding that compliance would be monitored.

Bulgarian National Television reported from Plovdiv that more than 10 people who had been at a nightclub in Plovdiv had tested positive for new coronavirus. The nightclub has been closed.

The cases among football players and fans, school-leavers and clubbers had prompted the head of the Plovdiv police, Senior Commissioner Yordan Rogachev, to call on mayors of municipalities in the Plovdiv district to limit mass gatherings as much as possible.

BNT said that the number of hospitals to receive new coronavirus patients had been expanded, because of a shortage of beds in the infectious diseases ward at Sveti Georgi hospital. There was a shortage of nurses and orderlies, according to the report.

Associate Professor Andrei Petrov of the infectious diseases clinic at Sveti Georgi said that in one of the blocks of the hospital, there were 30 beds for Covid-19 patients. All 30 were occupied.

At the other block, where the outpatient clinic, suspected cases were accepted, and there there were 15 patients with Covid-19. The hospital still had one or two beds available, Petrov said.

At St Mina Municipal Hospital, Professor Petar Petrov said that patients had started arriving on July 7. “We have three patients, two admitted yesterday and one admitted overnight,” he said.

The Covid-19 ward at St Mina has capacity for 30 patients, but there is a shortage of staff.

Plovdiv regional governor Dani Kanazireva has cut short her leave to return to the city and convened an emergency meeting of the crisis staff.

“The situation in Plovdiv with the spread of the coronavirus is becoming more complicated,” Kanazireva said.

Patients will be accomodated in a total of seven hospitals in the Plovdiv district, five in the city and one each in the towns of Assenovgrad and Karlovo.

Restrictive measures may be taken, but only after talks with mayors and representatives of nightclubs and football clubs, Kanazireva said.

(Photo, of a music awards ceremony at Plovdiv’s Ancient Theatre on July 4: podtepeto.com) 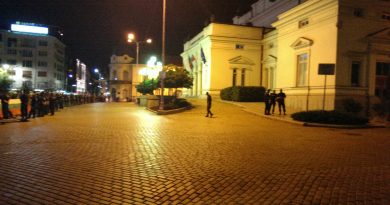