Amid the coronavirus crisis, in most European countries, trust in the United States is broken – with the exception of Bulgaria, where 56 per cent say that their view of the US has not changed.

This is among findings in a new polling-backed report, published on June 29 by the European Council on Foreign Relations (ECFR).

The poll has found that, while many Europeans believe the European Union (EU) failed to provide sufficient leadership and support during the coronavirus crisis, a majority of citizens see European-level cooperation as the single-best vehicle for tackling major foreign policy issues, such as Covid-19 – particularly against a backdrop of US isolationism.

It argues that this new pro-Europe sentiment, revealed from ECFR’s polling data, will be conditional and require delicate handling by Europe’s leaders, and Germany, as it assumes the presidency of the EU.

The report, which is based on Datapraxis and YouGov polling from nine EU member states, provides a comprehensive analysis of the politics of the novel coronavirus, and also reveals a hollowing out of support for the transatlantic partnership – with just 2 per cent of polled Europeans expressing the view that the United States is a “helpful” ally in the fight with Covid-19.

Authored by policy experts, Susi Dennison and Pawel Zerka, ‘Together in trauma: Europeans and the world after covid-19’ argues that Europe is in a state of “trauma” and that its citizens feel “alone and vulnerable” in their battle with the virus.

It notes widespread dissatisfaction with national governments, and the failings of the EU, in response.

It attributes Europe’s new, “trauma-like” condition to three causes: the first, from individual member-led responses and inadequate performance of national governments; the second, from the EU’s persistent failure to take ownership of international issues; and third, concerns about the new-world order in light of the EU’s fractured relationship with the US, and the threat China will pose to the international rules-based system.

●   Trust in the US is broken. In virtually every country, people were most likely to report that their perception of the US had become increasingly negative. In Denmark (71 per cent), Portugal (70 per cent), France (68 per cent), Germany (65 per cent) and Spain (64 per cent), around two-thirds said that their view of the US has worsened during the crisis. This was particularly marked in France and Germany, where 46 per cent and 42 per cent respectively said their view of the US had worsened ‘a lot’ as a result of the corona crisis. Only in Poland and Bulgaria was the dominant answer ‘no change’ (at 49 per cent and 56 per cent, respectively). The proportion of respondents who felt that the US had been a key ally through the crisis was vanishingly small, with the largest proportion in Italy, at just 6 per cent.

●   The crisis has increased Europeans’ negativity towards China. Over 60 per cent in France (62 per cent) and Denmark (62 per cent) report a deteriorating perception of China. In every country higher proportions reported increasing negativity, rather than positivity, towards China, apart from in Bulgaria where an equal number (22 per cent) report an improved and worsened perception of China. Interestingly, in Italy, China was seen as the country’s most useful ally in the crisis by a quarter of those polled (25 per cent) – and particularly among supporters of Five Star (M5S) – probably because of its offer of ventilators and vital PPE, in the early stages of the pandemic.

●    In every country a dominating share of voters reported no change in their perception of Russia, probably because the country has not played a high-profile role in the crisis. Among those whose perception has shifted, it is usually in a negative direction, especially in Denmark, Sweden, Germany and Poland. Two notable exceptions are Bulgaria (27 per cent) and Italy (23 per cent), where around a quarter of the population reported an improved perception of Russia, outnumbering those who say they view the Eastern country more negatively. Though, generally, improved perception of Russia is limited to voters of right-wing populists, it is a view more widely held in Italy by members of the M5S, as well as supporters of Lega and Brothers of Italy.

●   Many of those advocating the closing of borders and returning power to nation states also recognise the value of developing more global responses from the EU. 42 per cent (in Sweden and Italy) to 76 per cent (in Bulgaria) of those calling for a more global response from the EU are at the same time supporting stronger controls of external borders.

●    Most Europeans polled do not think the EU has “lived up to its responsibilities” in the pandemic. 63 per cent of Italians, 61 per cent of French and 52 per cent of Spaniards disagreed with the statement that the EU had done so. ‘Irrelevance’ was the way that a large plurality (and in some cases a majority) in every member state described the EU’s response. In France (58 per cent), Spain (45 per cent), Germany (44 per cent) and Bulgaria (50 per cent), those agreeing that the EU has been irrelevant during the coronavirus crisis, and that national or global responses are more important, outnumbered by a factor of three those who disagreed (18 per cent, 17 per cent, 15 per cent, and 18 per cent respectively).

●   Europeans are split on whether EU institutions would help with the economic recovery. When asked where help would come from on the recovery, the largest proportion in Portugal (59 per cent), Poland (46 per cent), Spain (41 per cent), Bulgaria (37 per cent), and France (28 per cent) chose the EU. However, this is far less true in northern countries (Germany, Sweden, Denmark) for whom the crisis found a widespread perception that they had to handle such crises alone. For example, just under half of those polled in Germany (48 per cent) expressed the view that their ‘country can only rely on itself’ in its financial recovery from the crisis.

Through segmentation of the polling, the paper’s authors, Dennison and Zerka, identify four constituencies that have emerged in Europe following the outbreak of the coronavirus, and examine areas of commonality across these groups and how they might be brought together on key issues of foreign policy.

The first group – the ‘Engaged internationalists’ – are prominent in each of the polled member states. They are natural allies of the EU’s international ambitions, and, in many cases, are supporters of Europe’s centrist parties, including Partito Democratico (PD), in Italy, La Republique en Marche (LREM), in France, and the Civic Coalition (KO), in Poland. For example, in Italy (where ‘Engaged internationalists’ represent almost a third of the population), support for PD is twice as high within this group as in the country’s overall population.

solidarity among the EU member states, the implementation of climate commitments, and efforts to consolidate the production of medical and non-medical within the European bloc. However, they disagree with the basic conclusion that these should necessarily entail more EU integration or enlargement. In no country are they a dominating group of voters – but, everywhere, they correspond to at least a fifth of the electorate. Voters of FDP in Germany are likely to fall within this group, as well as those of Unidas Podemos in Spain, and the Brothers of Italy, in Italy. They also comprise many voters of the parties that are traditionally associated with the mainstream.

The third group of voters – the “Switched-off Europeans” – is large, but less vocal on issues and the role of Europe in the post-covid world. This constituency is largely opposed to the idea of sharing the financial burden of the coronavirus among the EU’s member states, and are also more likely to want stricter border controls. However, they share some commonality with the previous groups, in their support for surveillance for health reasons and executing their climate commitments. They represent the largest group of voters in Bulgaria (31 per cent), and also have a strong presence in Portugal (23 per cent) and Italy (22 per cent). They are also, in many cases, the most politically diverse group: in France, for example, this group represents a quarter of the population and includes voters of La Republique en Marche, Rassemblement National, Les Republicains, and the Greens; while, in Poland, there is a similar story, with voters of PiS and Civic Coalition.

And, last, the final group – the ‘Nation first’– is one dominated by supporters of populist or nationalist parties, including Lega, in Italy, PiS, in Poland, Vox, in Spain, SD, in Sweden, and Rassemeblement National, in France. People of this group are less likely to support global engagement, but share many of anxieties of the other groups. For example, in Germany, France and Denmark, a third of them are interested in bringing some production back – even if they may see it as a matter of national rather than European sovereignty – and everywhere, except for Denmark, Sweden and Germany, a third or more would support proposals for greater financial solidarity in Europe.

Dennison and Zerka note that, while there are major divergences in opinion across the four groups, there are opportunities to bring them together on key issues. For example, even on politically challenging topics, such as border control, there is scope to build a broad coalition for the development of a procedural mechanism, which would allow the EU to respond, effectively, to major health and humanitarian crisis. Such a move would greatly reduce the probability of the national-led responses, which divide the bloc, and which ran through Europe in response to both covid-19 and the 2015 migrant crisis.

Concluding, the authors reaffirm the point that “many Europeans feel that they have been left alone in this crisis”, and that to elicit their support for a strong European voice on the global stage, “policymakers will need to build coalitions by identifying where there is consensus”. To achieve a positive end, and prevent a new wave of Euroscepticism, it calls on EU leaders to set aside their ambitions of “more Europe”, and focus, instead, on identifying and constructing common denominators for the betterment of its members. 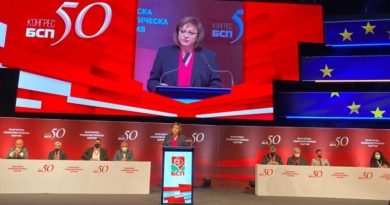 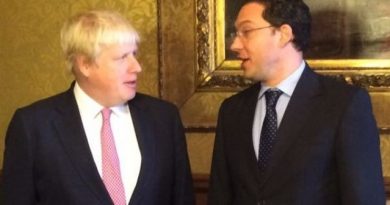