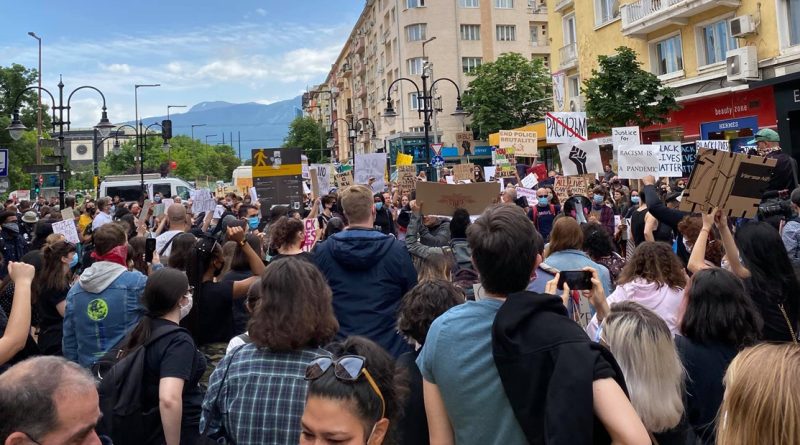 Bulgaria’s capital city Sofia became one of many around the world on June 6 to see a protest against racism, in the wake of the May 25 police killing of African-American George Floyd in Minneapolis.

The protest, mainly involving several hundred young people, was not only against racism around the world but in Bulgaria too.

Participants underlined that systemic racism in Bulgarian society disrupted the quality of life of everyone.

As has become practice in anti-racism protests in the US and in cities from London to Berlin and many other European cities, and as far afield as Sydney, the protesters chanted “I can’t breathe”, citing Floyd’s last words as he was held down in a chokehold on his neck by a police officer for more than eight minutes. Participants in the Bulgarian event also held “Black Lives Matter” signs.

The Saturday protest in Sofia passed off peacefully, with a police presence, although an order by the Health Minister banning gatherings of more than 10 people – a measure against the spread of new coronavirus – remains in force.

Interior Ministry: More than 43 000 Ukrainians have entered Bulgaria since February 24