The May 2019 European Parliament elections in Bulgaria will be a plebiscite on the ruling majority, and if it wins, it will complete its term of office, Boryana Dimitrova of the Alpha Research agency said in a television interview on October 9.

Dimitrova was speaking to bTV the day after the agency released the results of its September 2018 poll, which showed that Prime Minister Boiko Borissov’s GERB party had 22.2 per cent support and the opposition Bulgarian Socialist Party 19.7 per cent.

This was a slightly narrower gap between GERB and the BSP shown in Alpha Research’s previous three-monthly poll, which showed Borissov’s party having 24.5 per cent and the BSP 20.1 per cent.

Dimitrova said that the current difference between GERB and the BSP, of 2.5 per cent, was entirely because of the weakened position of the government, not because of mobilisation of the BSP.

Provided that nothing exceptional happened, Bulgaria would not go to early parliamentary elections, she said.

“The European Parliament vote will be a test and will be turned into a public vote or no confidence or confidence in the ruling coalition. If it wins these elections, that means they will go on to the local elections in the autumn and I think that they will complete their term in office,” Dimitrova said.

While the position of the government had weakened, the public did not see a convincing alternative at this time. What was happening in the ruling parties was not boosting trust in opposition parties, but did create “sensitivity and irritation in society and we do not know in the coming months where this symbiosis will lead,” Dimitrova said.

Alpha Research’s poll showed Sports Minister Krassen Kralev as having had a sharp rise in approval, thanks to three world championships that were held in Bulgaria. The disputes in the United Patriots pushed down the ranking of Defence Minister Krassimir Karakachanov. The ministers with the highest approval ratings included Deputy Prime Minister Tomislav Donchev, Foreign Minister Ekaterina Zaharieva and EU Presidency minister Lilyana Pavlova.

(Photo, of the National Assembly in Sofia: Clive Leviev-Sawyer) 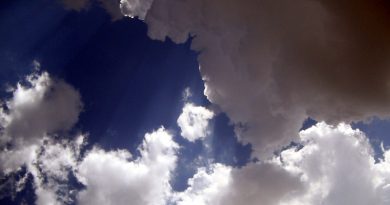 Bulgarian PM: ’60:40′ business aid to be extended to end of September