There are no confirmed cases of new coronavirus in Bulgaria, Serbia and Turkey, the head of Bulgaria’s crisis staff against coronavirus, General Ventsislav Mutafchiyski, told a briefing on March 2.

An update posted by the World Health Organization European Region on March 2 showed that as of 10am Eastern European Time, of Bulgaria’s neighbouring countries, there were seven confirmed cases in Greece, three in Romania and one in the Republic of North Macedonia, and none in Serbia and Turkey.

Mutafchiyski said that the largest increase in newly-confirmed cases of new coronavirus was in Italy, followed by South Korea, Iran and China.

He said that two people had been admitted to the Military Medical Academy in Sofia in the past 24 hours for observation. There had been no new arrivals overnight into March 2. 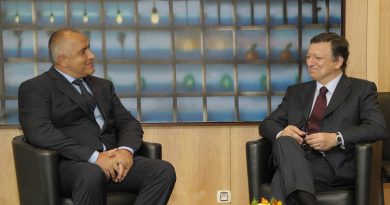