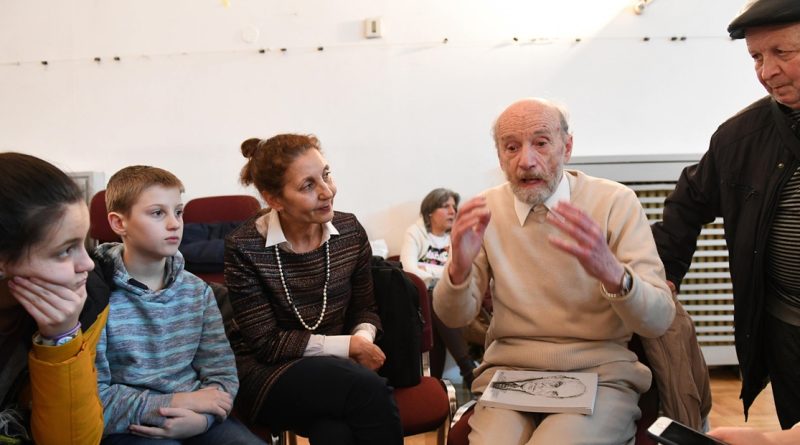 It is January 27, International Holocaust Remembrance Day. A day on which international leaders gather, and swear, hand on heart: Never Again.

A day on which the reality of the Holocaust strikes at the hearts of those to which it means something – the remembrance of the name of the day, the remembrance of those more than six million mass-murdered, the guilt of the perpetrators, the trauma of those who lived through it and survived, against the intent of the Nazi death machine, the day of those who indeed live among us in the 21st Century and want, need, to tell their stories.

It was an event that brought together, in that hall, the Bulgarian Jews who could tell the truth of their experiences, with a younger generation able – before the passing years deem otherwise – to hear the truth from those who lived it. 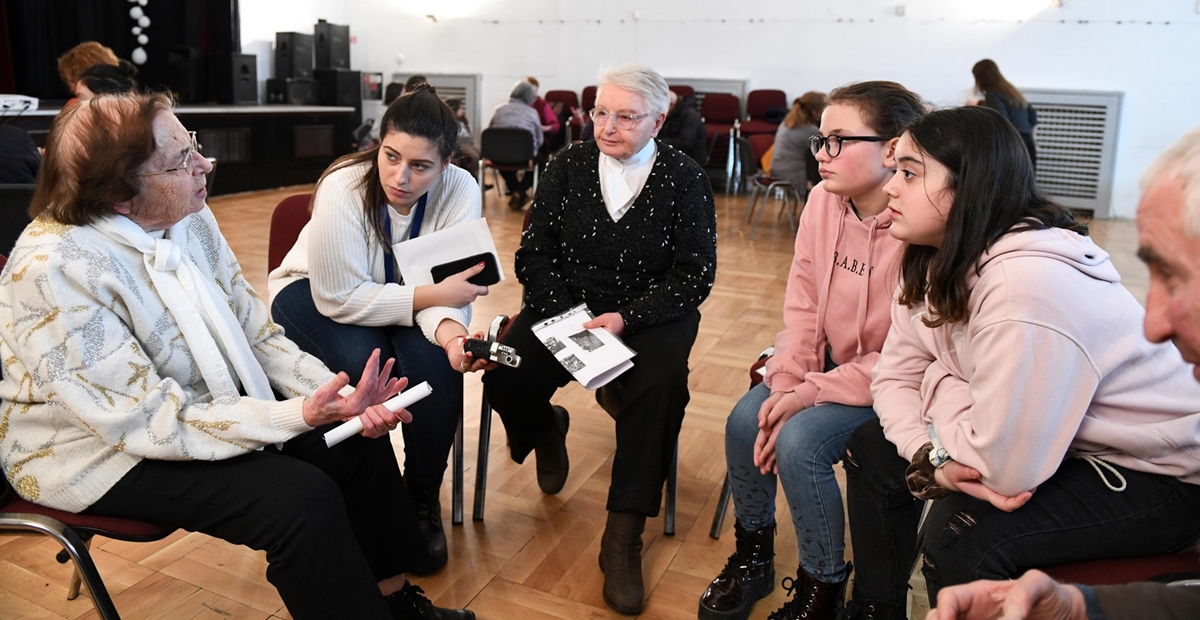 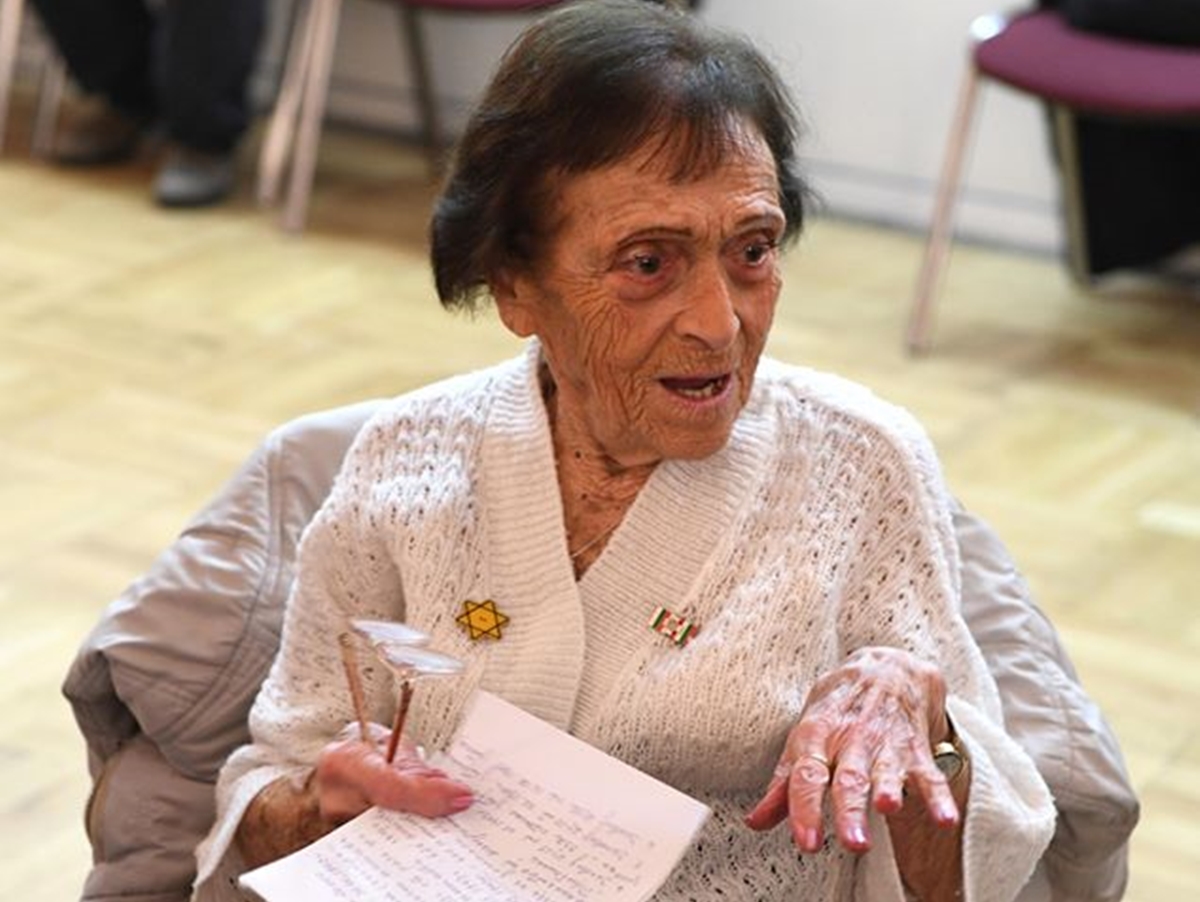 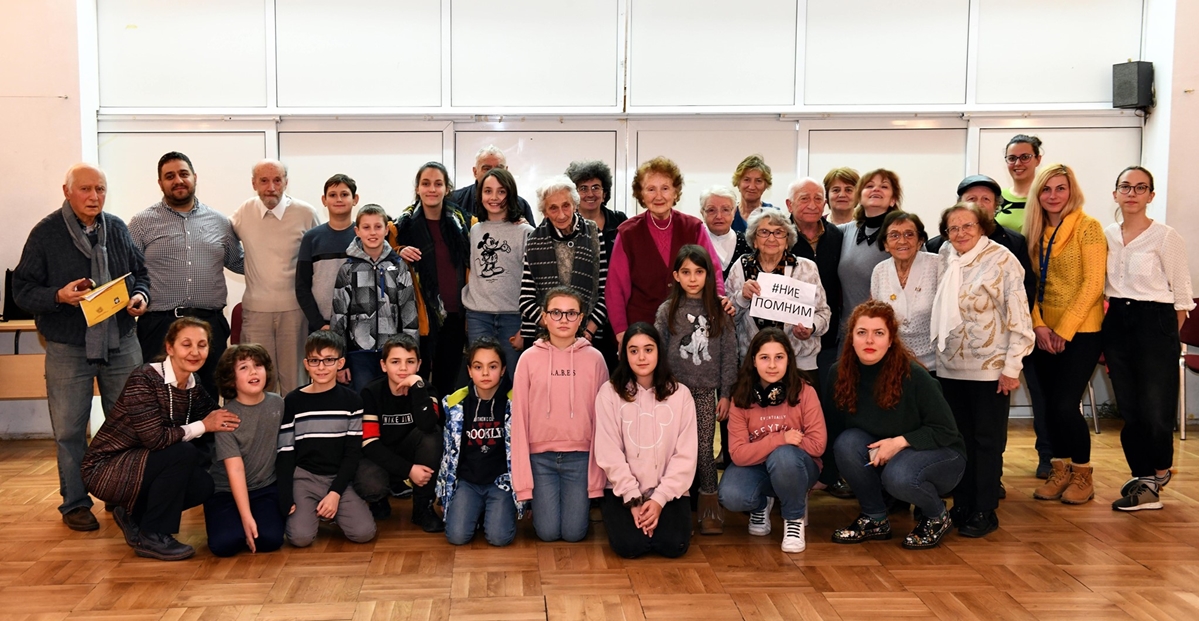 It was not an event that happened in isolation. In Bulgaria, of late, there have been attempts to distort the history of the Holocaust in the country, even, yes, to deny that the fatal tentacles of the Nazi regime did not reach here. To portray the regime for Bulgarian Jews in those days of the 1940s as nothing too much to complain about, to make light of the plans to deport them, to obliterate from history the suffering under the antisemitic laws of the time, to assuage, deny and wash away the guilt of the perpetrators, to turn villains into heroes.

For those present in Jerusalem Hall, as the young sat listening, and asking questions of their seniors, there were moments of the reality, recalled with searing clarity, passed on.

It began with a sobering moment. In opening remarks at the event, Julia Dandolova, chief executive of Shalom, exhorted the younger generation with a dose of reality. Heed carefully the words you will hear, she told the younger present. One day, the people you will hear from today will be gone. One day, it may pass to you to stand on the stage and pass on their truths.

In one of the groups of circled chairs, those young Bulgarian Jews listened as Becky Davidova told her truth. Of a pre-war Bulgarian community in which, cheek by jowl in Kazanluk, Jews, Armenians, ethnic Turks and Roma people lived in harmony. Then came the antisemitic Defence of the Nation Act, and for Bulgarian Jews, the world changed.

Before that world changed, Davidova remembers an idyll, with the enthusiasm of recalled youth. A world of late play in the streets, of traditional songs, traditional dances. Our songs, our dances, she calls, fondly.

After it changed, harshly, abruptly, sharply, brutally, came the nemesis. “Jews no longer had the right to go to school. Jews no longer had the right to leave their houses after 7pm. There were restrictions on going to the shops. We could not go to the centre of town. We could not go for medicinal help. Jewish shops were closed. There was no right to work”.

She pauses: “We were deprived of all rights”.

The day came that the Bulgarian Jews were given 48 hours to scramble together the allowable quantity of their personal possessions, for what would prove to be a journey to Lom – which history records as a staging post for Jews in the region for the death camps of the Holocaust. Already, in that street in their home town, the idyll was blighted. At the Protestant church in their family’s street, a sign had been put up: “Bulgaria for the Bulgarians. Foreigners out”. Becky Davidova recalls her consternation: “But we were not foreigners”.

Those streets in which childlike play had been a matter of abandoned fun were now, in reality, closed. There were the thugs of Brannik, Bulgaria’s ersatz equivalent of Nazi youth. “We did not go out, we were scared,” Davidova recalls.

The train journey took them to confinement in a school hall, sequestered for the purpose. Water was scarce, rations of food, coming once a day, even less so. Those so confined were women and children, their fathers away, those so recently ahistorically portrayed as being stroked with the gentlest treatment in “labour service” camps that were – in this fake portrayal – a means of escape from the murderous intentions of the Nazis.

“Life was so heavy,” Becky Davidova recalls, heavily, with one of the other survivors in the circle of chairs already with eyes welling with tears, “that people were saying that it is better to be dead than to be alive”.

But Bulgarians will be Bulgarians. No, not the pro-Nazi government figures, not the only fake heroes on whom some with confer laurels, these decades on from the Holocaust. Those Bulgarians, as Becky Davidova and others recall, who proferred their homes, their food, their support, to help their compatriot Jews. Davidova remembers the Milanovi family, who offered their hospitality and warmth, against all risks, to help her family. As the young look on, on this day in January 2020, she speaks of how she never fails to, in remembering those now on another shore, to light a candle in remembrance of those of the Milanovi family, in love, tribute and gratitude. Every year that passes, these long decades on, in Becky’s home, there is a candle lit for the Milanovi. A bright flame of love, gratitude, fellow-feeling, of one one Bulgarian to another Bulgarian, whose name represents integrity and all that is humane.

With the young people present, questions and answers follow. From a youngster, perhaps 10, a question: Was the Holocaust as bad as it looks on TV? Was it not quite as bad? Was it worse?

Becky Davidova and Professor Heni Lorer, in this circle of chairs, do their best to answer. They recount the truth: The deception of gas chambers purported to be delousing showers, Zyklon B, the corpses transported to the crematoria, the chimneys burning black day and night, the people living ordinary lives not far from the barbed wire, who claimed, “We did not know”. There is scorn for that, “We did not know”.

There was more than that to this event, this afternoon in Sofia in 2020, a moment for the telling of first-hand truths and the combating of lies. In the name of Holocaust survivors in Bulgaria, a joint declaration was adopted, and it is this:

“We, Bulgarian Jews who are Holocaust survivors, joined in this call by our families, insist on an immediate end to attempts at distorting the history of the Holocaust in this country.

We see such events as part of a disturbing wider pattern of Holocaust distortion in Bulgaria. Attempts to turn key figures in the pro-Nazi regime of the time into “rescuers of the Jews”. Attempts to deliberately ignore the fact that more than 11 000 Jews from the “new lands” in the territories of northern Greece, Vardar Macedonia and the city of Pirot, then under the administration of the Kingdom of Bulgaria, were deported to be murdered at Treblinka.

We stand ready to give our testimony, that everyone, must hear, in the interests of historical truth. In this month of International Holocaust Remembrance Day, we will not remain silent. We will be heard, even by those who want to ignore our voices for the sake of spreading falsehoods.“ 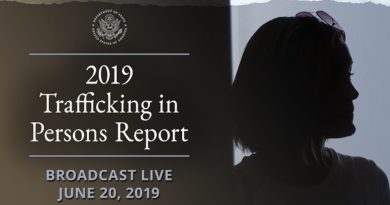