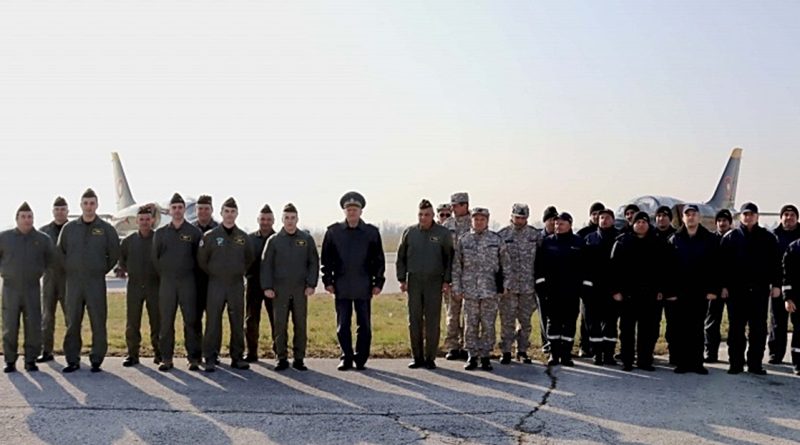 Bulgarian Air Force flight crew training ahead of the acquisition of US-made F-16 fighter jets began on January 13 at Georgi Benkovski air base, the Ministry of Defence said.

A solemn ceremony was held as the initial training course on Aero L-39 Albatros jet trainers for the flight crews assigned to the F-16 training began.

The ceremony was attended by Bulgarian Air Force commander Major-General Tsanko Stoykov, the head of the Georgi Benkovski air base Colonel Petar Bankov and senior aeronautical engineering and aviation personnel.

Stoykov told the ceremony: “You have to go through complex preparations, learn a lot from your instructors. You are among the few pilots who has the unique chance to acquire a wide range of abilities that you can then apply and build on in your further training. Be proud, be worthy of the opportunity. Know that this is not only a challenge but also a huge responsibility”.

The theoretical and practical training will be conducted entirely at Benkovski air base, using the experience gained from the intensive flight training courses conducted in 2014 and 2016.

The pilots will undergo theoretical training for one month and will be admitted to flying activity after passing the exams. The lecturers have been selected from the aviation engineering, technical and command staff of the air base.

After successfully completing the pilot course, the students will continue their training in the United States in connection with the acquisition of the new multi-purpose F-16 fighter, Bulgaria’s Defence Ministry said.

In August 2019, Bulgaria’s Ministry of Defence transferred to the US the entire amount of $ 1.2 billion under international government procurement contracts to acquire eight F-16 Block 70 aircraft and related equipment and armaments.

The ministry said at the time that the first aircraft is to be delivered at the end of 2022, to be used for training Bulgarian Air Force pilots.  The remainder will arrive in stages in the years 2023 and 2024.