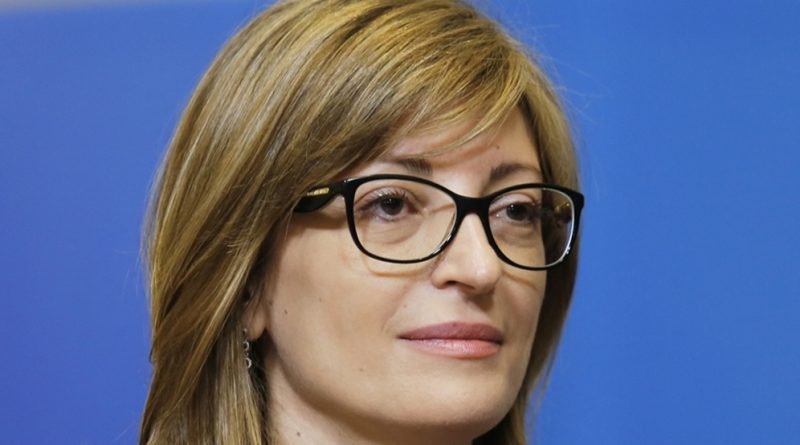 By launching missiles at US sites, Iran has made Iraq a battlefield, Foreign Minister Ekaterina Zaharieva said in a January 8 television interview.

Iran fired more than dozen ballistic missiles early Wednesday targeting two Iraqi air bases that house US troops, a move that came after Iranian leaders threatened to retaliate against the United States for a US airstrike that killed a top Iranian commander, the Voice of America reported.

“That’s exactly what we were afraid of,” Zaharieva said, adding that this is why the Nato mission in Iraq should continue there.

“The assassination of General Soleimani is a fact. Our US partners have explained why it was committed. We will not give an evaluation of that. Our position is that we are calling for calm and de-escalation of tensions in Iraq,” she said.

The missile attack was what everyone had feared and had called for not to happen, the turning of Iraq into a battlefield.

Assessments were being made and “today is an extremely critical day, let’s really de-escalate the tensions,” Zaharieva said.

“This situation can complicate the extremely difficult situation in the region,” she said.

Bulgaria’s Defence Ministry said in a statement on January 8 that the two Bulgarian military personnel in Nato’s non-combat mission in Iraq had been deployed to a safe location.

“As a result of the complicated situation in Iraq and the implementation of Nato decisions, the two Bulgarian military personnel participating in the Alliance’s non-combat mission in Iraq were relocated to a safe place yesterday,” the statement said.

“Bulgaria is continuing to fulfill its commitments and will continue to participate in the mission,” the Defence Ministry said.