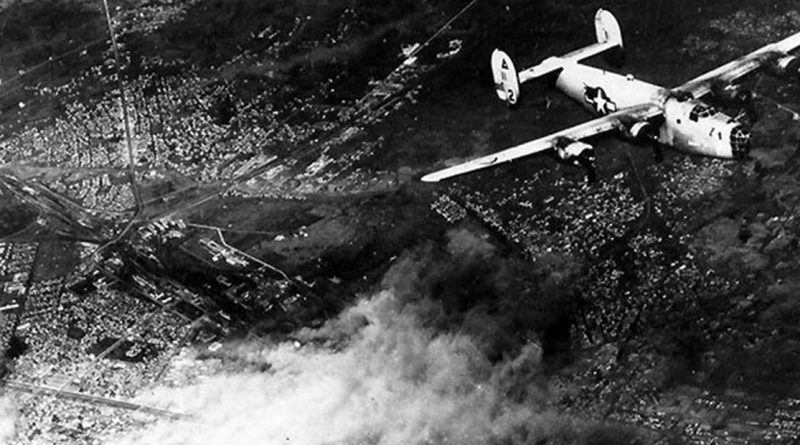 An exhibition entitled “The Scars of War: The Lost Architectural Heritage of Sofia” opens at the National Military History Museum in the Bulgarian capital city on November 14 and is to continue until April 17 2020.

The date of November 14 was chosen for the opening because it is the anniversary of the first massive bombing of Sofia by Allied air forces at the time that Bulgaria was part of Hitler’s Axis.

There are also photographs, maps and data on casualties and damage.

For the first time, the engine of the Messerschmitt 109 modification G6 fighter aircraft, found in May 2018 near the village of Maritsa in the Samokov region near the resort of Borovets, will be on display to the public. The German-made aircraft was used by the Bulgarian Air Force.

The exhibition shows pre-war Sofia and depicts the damage done by the Allied bombing.

Specially designed interactive applications trace the fate of public and administrative buildings, private homes, churches and monuments – a material symbol of the capital’s close association with European cultural processes in the pre-war years, some of which were irretrievably destroyed by the bombing.

The Scars of War: The Lost Architectural Heritage of Sofia is a project implemented in partnership with the Bulgarian National Film Library and funded by the Culture Program of the Sofia Municipality.

In 1941, Sofia’s decision to ally with Hitler’s Germany brought some Allied air raids, but nothing of the scale that was to follow in 1943 and 1944.

By the latter part of 1943, the situation in the European theatre had changed significantly, and the Allies had embarked on large-scale bombing of strategically important industrial installations, as well as bombing intended to obliterate morale.

This put Sofia on the bombing route, for both reasons. Allied bombing of the Ploieşti oil fields in Romania had begun in 1942, but intensified in 1943 after the Allies acquired new bases in Italy. The Ploieşti bombings were intended to deny Nazi Germany badly-needed fuel.

With Bulgaria en route, practice was to drop unused bombs, on Sofia and other cities and towns. It was a major operation, with the United States and Royal Air Force intensively involved, along with air force crews from other Allied countries, including Australia, New Zealand, Canada and South Africa.

The Commonwealth War Graves Commission military cemetery in Sofia has war graves of Allied airmen from these times, when Ack-Ack and Bulgarian fighters found their mark.

November 13 1943 saw the first of the new series of large-scale raids on Sofia, when 91 B25s attacked the city.

A further raid followed 11 days later, when 60 B24 Liberator bombers hit the city, concentrating on the area around the main railway station.

There were three raids in December 1943, with targets including the railway station and marshalling yards, Sofia Airport and central parts of the city.

By the end of the year, these five raids had cost at least 110 deaths in the city, while more than 300 buildings lay in ruins.

January 10 and 11 saw the return of the Allies, the US Army Air Force coming in first with 143 B17s in a day raid, followed by 44 Royal Air Force Wellingtons at night.

March 30 1944 was among the most severe raids. As noted, the target was the centre of Sofia.

About 370 US bombers flew in, leaving casualties not as severe as in other raids – this time, there had been large-scale evacuations – but leaving 3575 buildings destroyed.

Among buildings damaged in the 1943/44 raids are many that remain landmarks today – the Ivan Vazov National Theatre, the National Library, the Baths, the Bulgarian Academy of Sciences, Sofia University’s theological department, Sofia Central Synagogue and the Natural History Museum. Some were restored to their previous appearance while others were altered during repairs.

April 17 1944 was the “Black Easter” raid. About 350 bombers were involved, B17s and B24s, with about 2500 bombs dropped, including on the railway marshalling yards. About 750 buildings were destroyed. This latter date is why April 17 2020 has been chosen as the provisional date for the exhibition to close.

The National Military History Museum is at 92 Cherkovna Street, Sofia. It is open from Wednesday to Sunday from 10am to 6pm. 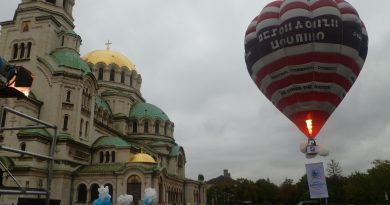