Three European Union member states in south-eastern Europe were once again among the largest net recipients of personal transfers in the bloc in 2018, same as a year earlier, according to data released by EU statistics body Eurostat on November 12.

Under the Eurostat definition, this statistic is wider than workers’ remittances, which is focused strictly on employee compensation, and covers all “transfers in cash or in kind between resident and non-resident households, disregarding the underlying source of income, the relationship between the households or the purpose of the transfer”.

Romania ranked second among all EU member states, up from third a year earlier, according to Eurostat data, with a net balance of personal transfers of 2.71 billion euro, up from 2.57 billion euro in 2017.

Portugal was once again at the top of the table with 3.08 billion euro (worker remittances only, as other personal transfer data was confidential in the country), compared to 3.03 billion euro in 2017. Poland dropped one place to third with a net balance of 2.54 billion euro, down from 2.78 billion euro a year earlier.

Overall, residents in the 28 EU member states received personal transfers worth 15.5 billion euro from other EU countries and 10.9 billion from outside the EU (both figures identical to 2017), while total outflows from the EU stood at 35.6 billion euro, up from 32.6 billion euro last year.

Geographically, Asia accounted for 21 per cent of all extra-EU outflows, followed by North Africa (18 per cent), non-EU European countries (16 per cent), Central and South Africa (14 per cent) and South America (14 per cent). North America and Central America accounted for six per cent of extra-EU outflows each, Near and Middle East received five per cent, while Oceania received one per cent. 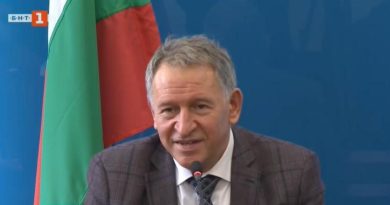 Covid-19 in Bulgaria: Decision whether to propose new measures on October 15, Katsarov says