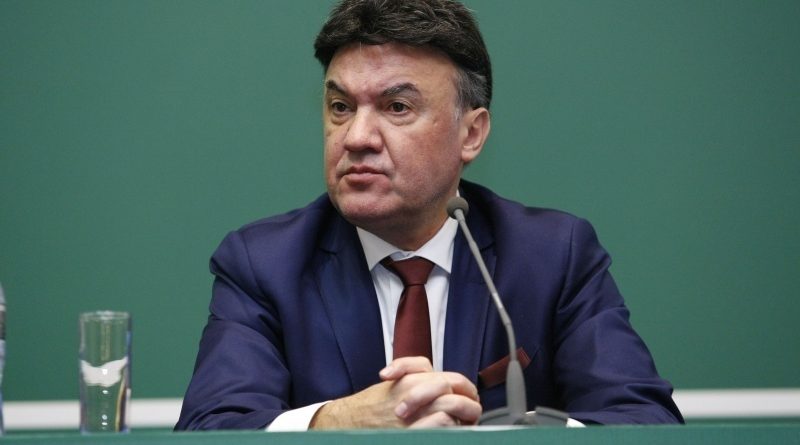 Bulgarian Football Union (BFU) chief Borislav Mihailov announced on October 15 his intention to resign, a day after Bulgaria’s Euro 2020 qualifying match was twice suspended because of racist behaviour in the stands.

BFU said in a statement that Mihailov would submit his resignation to the executive committee of the Bulgarian football governing body, which is scheduled to meet on October 18.

Earlier in the day, a BFU official said that Mihailov did not intend to resign, despite the call made by Prime Minister Boiko Borissov, who threatened to cut off all state funding for the BFU.

In its statement, BFU said that Mihailov resigned as a result of the “tension in recent days, which harmed Bulgarian football and BFU”. The statement went on to say that “after the long years spent in that post and with his numerous contacts at high international level,” Mihailov would stand ready to assist the development of Bulgarian football.

But the statement made no reference to the events of the previous night, when sections of the Bulgarian support directed racist abuse at England players, including monkey chants and Nazi salutes.

Neither has Mihailov come out to condemn the behaviour in the stands, although he attended the match – which ended with Bulgaria defeated 6-0 – but left before the final whistle, reports in Bulgarian media said.

Mihailov has been head of the BFU since 2005 and had previously served on the executive committee of Uefa, the European football governing body.

Last week, Mihailov complained to Uefa, in a letter posted on the BFU website, about comments from the English national team’s camp, which voiced concerns about possible racist abuse directed at England players.

Bulgaria was sanctioned for racist chants in a game against England in 2011. The game on October 14 was also played with sections of the stadium closed off as punishment by Uefa for racist abuse by Bulgarian supporters in qualifying matches this summer.

Under Uefa guidelines, Bulgaria faces the prospect of a fine and playing at least one match in front of empty stands.

Separately, reports in Bulgarian media said that prosecutors and police were searching BFU’s headquarters on October 15, with public broadcaster Bulgarian National Radio reporting that the raid was related to an investigation into the “activity of Bulgarian football referees”.

The battle over Bulgaria’s Bansko