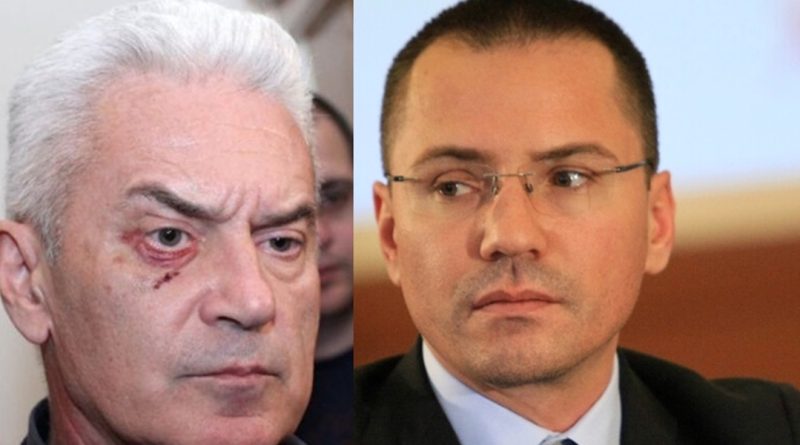 In short: One of the ultra-nationalist candidates in the autumn 2019 mayoral elections in Bulgaria’s capital city Sofia has challenged one of the others to a duel.

It would be something of a grudge match, if it happens at all, that is.

The figurative slap of the glove arises from, going by Siderov’s post, the beastly things that Dzhambazki has said about Siderov in the European Parliament and, apparently, the seeking of an admission by Dzhambazki that he is gay.

Siderov gained national attention recently by creating a furore on a live television programme, including for saying that Dzhambazki is gay. Sofia Pride, in a response laced with delicious irony, stated its support for Dzhambazki. Dzhambazki rebuffed their support, in a post describing himself as a “white, heterosexual man”.

Let us consider the odds. Siderov, long a figure (frequently of fun) on the Bulgarian political scene, in the past ran television election campaign ads depicting himself topless (all right, bare-chested) indulging in marital arts with party fellows, by the sparkle of the seaside. Just a few years ago, photographs also depicted him entering the National Assembly, of which he remains a member to this day, armed with a pistol strapped to his hip.

On the downside, in an incident late at night that led to him being convicted for hooliganism, Siderov was blindsided with a blow that left him bruised and bleeding.

Of the pugilistic skills or otherwise of Dzhambazki, little is known. Around the time of the arrival of many refugees in Bulgaria, he was involved, reportedly, in an incident of being hostile towards them. But then he had several fellows with him.

It’s really not the same in a duel, one to one, mano-a-mano. Choose your weapons. Pistols for two, coffee for one.

There is an added piquancy to this. Until some months ago, Siderov’s Ataka and the VMRO of which Dzhambazki is a member were together as two-thirds of the United Patriots, the grouping of far-right ultra-nationalists that is the minority partner in the current Bulgarian government. In time, it turned out that “United Patriots” would prove to be one of the great misnomers in modern Bulgarian politics. United, certainly not. And to call their patriotism into question would probably annoy them.

Siderov, going by his post, will await Dzhambazki on October 10, and every day thereafter.

Dzhambazki is 40. Siderov is 63. But perhaps if Siderov boasts some martial arts skills and has a pistol strapped to his trousers, we should not be ageist in this equation.

Sofia, like all of Bulgaria, goes to the polls in mayoral and municipal elections on October 27. Polls suggest that Dzhambazki, in Sofia, will run a poor fourth. Siderov’s rating is so low as to rank among “other” (if you must know, this “other” covered 16 out 20 candidates).

Should fisticuffs or some other more dire skirmish go ahead, it may elevate the status of the two candidates in their footnote place in the Sofia mayoral race. May someone at the Central Election Commission, busy people as they are at this time, scurry to examine whatever rules there may be regarding this type of thing? Bulgaria’s Electoral Code, probably, is silent. The Marquess of Queensberry was not. Let battle commence. Don’t make us beg.