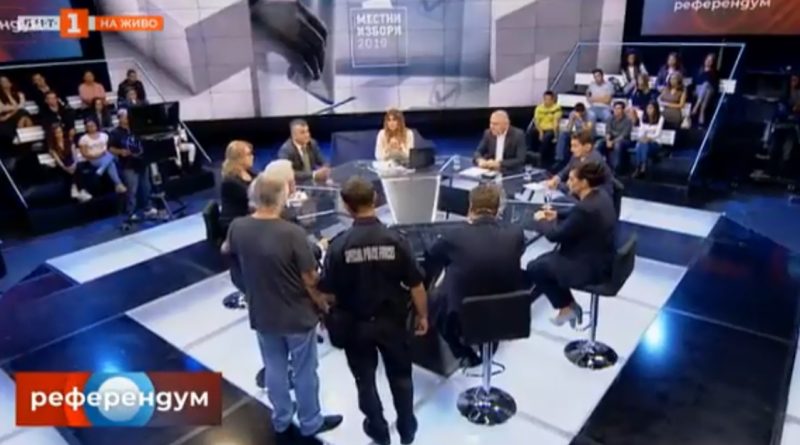 There has been widespread outrage after Volen Siderov, leader of the ultra-nationalist Ataka party and a Sofia mayoral candidate, disrupted a live talk show in which he was participating on public broadcaster Bulgarian National Television (BNT).

BNT has asked the Council for Electronic Media and Central Election Commission to cancel the contract for Siderov’s participation in election broadcasts, while Siderov is threatening court action against BNT for breach of contract.

On the Referendum programme on the evening of October 1, in which heads of campaign staffs from various parties were meant to discuss issues related to the autumn 2019 municipal vote, Siderov vastly violated the set limits on his speaking time and behaved verbally aggressively both towards other participants and parties as well as show host Dobrina Cheshmedzhieva.

Cheshmedzhieva tried repeatedly to get Siderov to stay within the agreed rules of debate. Eventually she ordered his microphone switched off for exceeding his speaking time.

Two gendarmerie came on to the studio floor and stood near Siderov, as did a BNT staffer who tried to intervene, but as a member of the National Assembly, the Ataka leader is immune from being taken into custody.

About two-thirds into what is meant to be a 50-minute programme, Cheshmedzhieva asked for broadcasting to be suspended. The show resumed after about six minutes, without Siderov in the studio.

Siderov’s statements were directed in particular against his estranged nationalist former allies, including the VMRO. He said that VMRO leader Krassimir Karakachanov, who is Defence Minister, had stolen billions from the Bulgarian people to give to the Americans. Siderov said that Angel Dzhambazki, the VMRO MEP who is that party’s Sofia mayoral candidate, is gay.

To the attempts of Cheshmedzhieva to bring order to proceedings, Siderov accused her censorship.

In Parliament on October 2, the Referendum controversy was raised by the opposition Bulgarian Socialist Party, with BSP MP Alexander Simov calling for the Radio and Television Act to be amended to entitle broadcasters to ban politicians from participation if they engaged in destructive behaviour.

“With the law now in force, if a media outlet refuses a political party the statutory expression, it can indeed be subject to legal action and we get into a very strange situation. A public media outlet is obliged to put an end to such shameful behaviour and at the same time may be held legally responsible for it,” Simov said.

Toma Bikov, an MP for Prime Minister Boiko Borissov’s GERB party, disagreed with Simov, saying that incidents such as the one on Referendum were rare. “To do a whole piece of legislation because something happened once would, for me, create more problems than it solves,” Bikov said.

“After all, we are in an election campaign, it is normal in campaigns, not only in Bulgaria, there are these types of unconventional players everywhere who take extreme action to mobilise a certain type of voters,” he said.

In a statement, BNT management said that it condemned the blatant disregard that Siderov had showed to the agreement between the CEC, BNT and political parties on the conduct of the election campaign.

“His (Siderov’s) behaviour in the Referendum programme on October 1 was outrageous and damaged the dignity of presenter Dobrina Cheshmedzhieva and all BNT employees,” BNT said in a statement posted on its website on October 2. 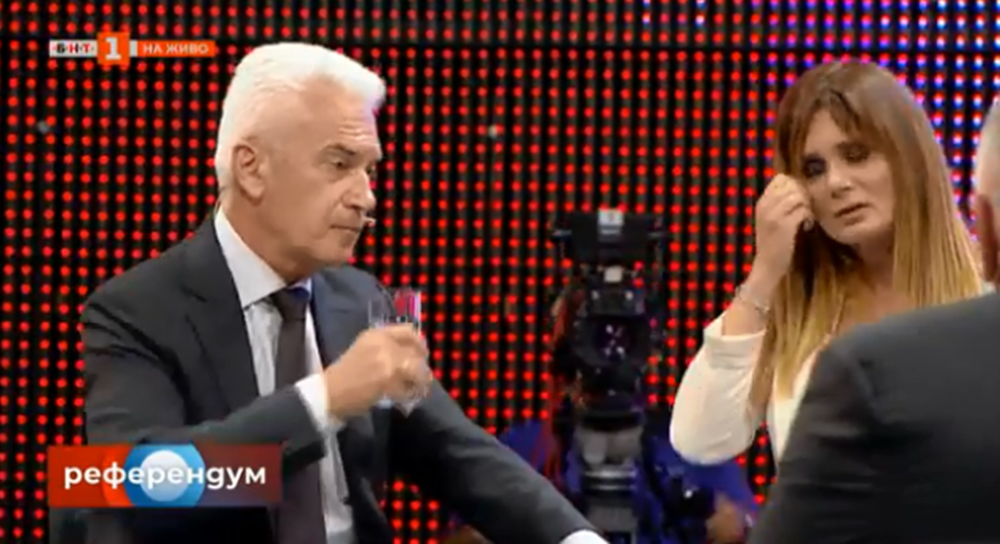 “BNT management declares that it stands behind Dobrina Cheshmedzhieva and behind her actions during the broadcast.”

It is unacceptable to use public service broadcasting for hate speech and words that denigrate political opponents, BNT said.

It said that it would propose to the CEC and CEM to exclude Ataka from the broadcasting agreement and to have no further free or paid participation in BNT election broadcasts.

BNT called on all political parties to condemn Siderov’s actions on Referendum.

BNT director-general Emil Koshlukov said on the morning of October 2 that he had ordered the video of the programme removed from the station’s website and said that scheduled re-broadcasts of the show would not happen.

Recordings of the programme, however, were widely shared on Facebook and embedded on several Bulgarian-language media websites.

In the corridors of the National Assembly on October 2, Siderov threatened court action against BNT and demanded an apology from Cheshmedzhieva. He denied allegations that he had consumed alcohol before the broadcast.

In a post on Facebook, Sofia Pride, responding to Siderov’s statement that Dzhambazki is gay, said that it “strongly stands behind” Dzhambazki.

“We strongly condemn the attacks regarding actual or supposed sexual orientation on the part of Siderov, because they have no place in a civilised political debate in a European democratic state. To be gay is not a disgrace. It is a disgrace to use this to compromise someone.

“We are calling for an election without hatred! And we emphasise that if Mr Dzhambazki reconsiders his political values, the doors of the Pride organising committee are open to everyone,” Sofia Pride said. 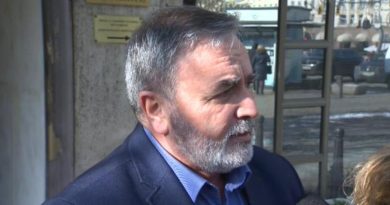 Kunchev: Validity of vaccination certificate in Bulgaria one year, for booster, indefinite 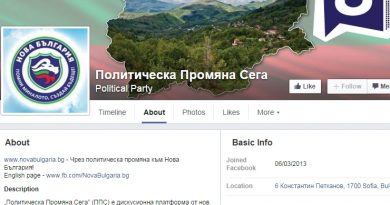