“In co-operation with the Bank of Greece, we are fully restoring the normality in capital movements,” Mitsotakis said.

He went on to attack the Tsipras government, saying that “the first half of 2015 resulted in the loss of tens of billions of euro, with the phenomenon reaching its peak in June, when the banks were shut down and restrictions were forced on capital movements and cash withdrawals. The elections have restored the confidence in our banking system…Today, a period of insecurity is coming to an end and capital controls are being abolished, while at the same time the country enters a new period of optimism,” Mitsotakis said. Immediately afterwards, the Minister in-charge, Christos Staikouras, tabled the amendment. 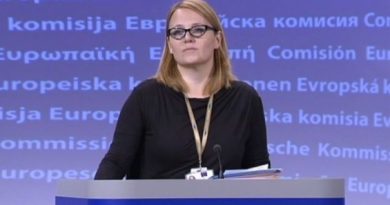 EU worried by situation in Macedonia